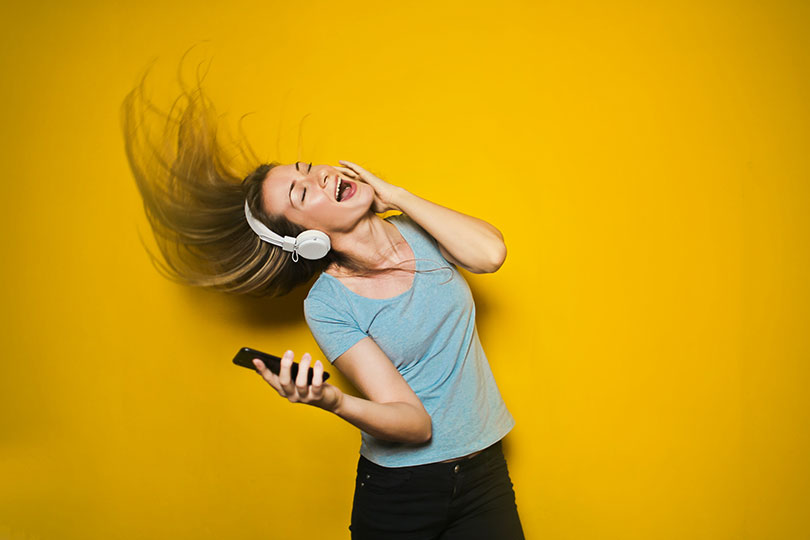 US consumers love digital audio. It won’t be long before consumers spend more time listening to audio on digital formats than radio, according to an eMarketer study published July 30. While terrestrial radio remains a solid advertising channel to reach consumers, digital audio continues to grow in popularity—whether served via mobile, desktop, tablet or smart speaker.

+ What’s digital audio? Think podcasts, streaming radio and music. More than three-quarters of US internet users will tune in to digital audio formats like podcasts and streaming music at least once a month this year, per an April 2019 eMarketer forecast. Podcast listeners make up a relatively smaller share of population (26.9%), but the audience is growing the fastest.

+ Today digital audio ad spend is dominated by streaming audio (AM/FM radio) and music services like Spotify and Pandora. Podcasts are proving popular for niche audiences and direct-to-consumer (D2C) campaigns. Convinced of the potential of podcasts, some brands are even buying categorical exclusivity.

Millennial moms are cultivating kindness. Here’s how. Ask any new parent what qualities they hope to cultivate. If they could instill just one characteristic into their child, what would it be?

+ Because most moms and dads only want the best for their babies, you might expect to hear about intelligence, tolerance and respect. Maybe even curiosity, resiliency and bravery. However, according to Motherly’s 2019 State of Motherhood survey, one trait in particular is truly taking over. Believe it or not, it’s kindness that’s incredibly important, as it’s the number one trait moms hope their kids have.

Working late: More and more older workers plan to work past retirement age. We hear a lot about millennials, and how to attract them to your workplace or get them to buy your products. In the meantime, however, the fastest-growing segment of the workforce is on the other end of the spectrum: Older workers past the age of 65.

+ What happened? Did Boomers blow all their retirement money keeping up with the Joneses during the materialistic ‘80s? Not so. Recently released statistics from the U.S. Census Bureau and the Bureau of Labor Statistics show that the highest increase in 65+ workers has been among high income, highly educated people. These older workers want to make a contribution to stay engaged. And their engagement rate is high, especially compared to millennial workers, who have been shown to have lower levels of engagement at work.

Moms Demand Action, Gun Control PSA. In an eye-catching 2017 campaign called “Choose One,” Moms Demand Action and GREY advertising agency made consumers stop and think. Not just because of the uncomfortable visual of a child holding an assault rifle, but because of the object the adjacent child is holding: one far less dangerous with far more regulations. The copy poses one simple question: One child is holding something that’s been banned in America to protect them.