Dodgeball: Banned for being synonymous with bullying.

Kinder Eggs: Banned for being a choking hazard.

Guns: On the rise in schools across the country.

In an eye-catching 2017 campaign called “Choose One,” Moms Demand Action and GREY advertising agency made consumers stop and think. Not just because of the uncomfortable visual of a child holding an assault rifle, but because of the object the adjacent child is holding: one far less dangerous with far more regulations. The copy poses one simple question:

One child is holding something that’s been banned in America to protect them.

Can you guess which one? 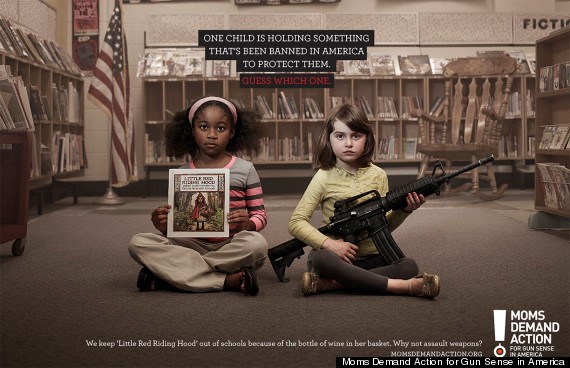 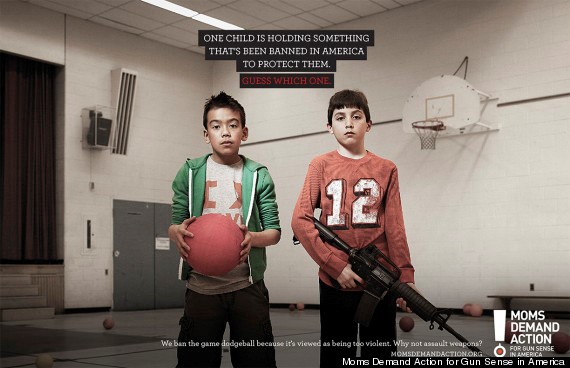 Regardless your political affiliation or stance on gun control, this campaign will resonate. It’s bold. It’s jarring. It makes consumers reflect on the status of America’s gun laws (many of which have been unchanged for decades) and the safety of children in schools across the country.

Instead of imploring a complete ban on guns, “Choose One” sought “middle-ground solutions” like background checks and a ban on assault weapons and magazines of more than 10 rounds. The series quickly gained nationwide political and media attention and inspired guerilla efforts. After the first ad’s release, Moms Demand Action founder Shannon Watts was invited to join former Vice President, Joe Biden, on a public conference call regarding gun safety. Consumers also took the campaign to the streets for a series of “Stroller Jams” that demonstrated the absurdity of a stroller ban on public transportation, but a lack of gun regulation.

It’s not every day a print campaign can spark such thought, attention and action. But “Choose One” succeeds for uniting consumers on a delicate, yet critical safety issue our country continues to face. 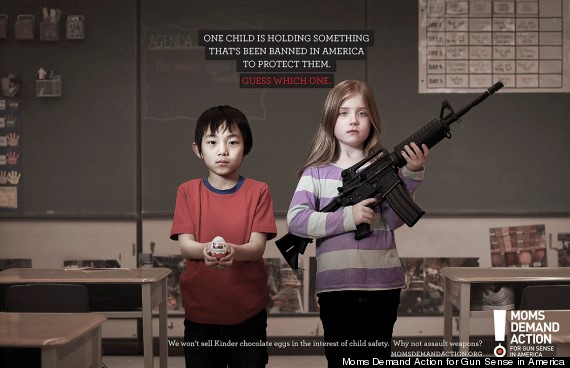 This is post #2 in our blog series, 17-wow-worthy social marketing campaigns.