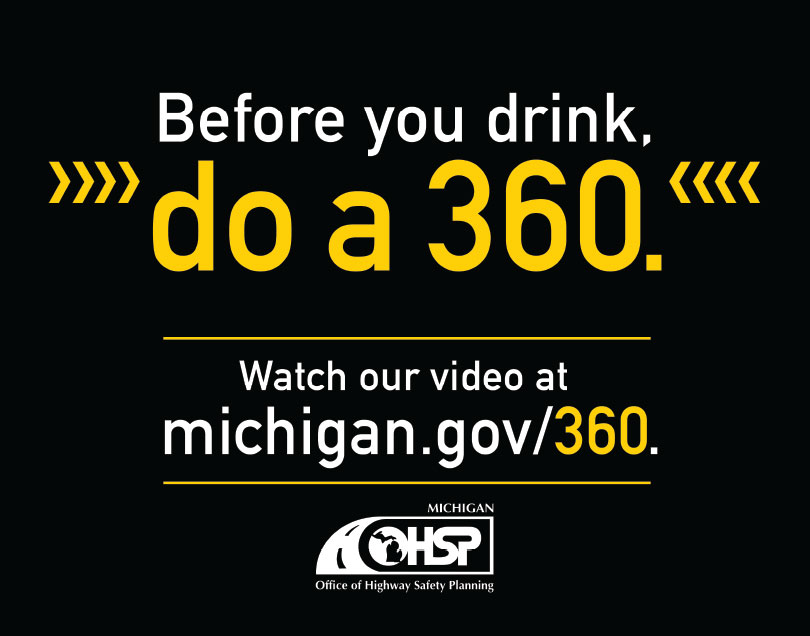 “Don’t drink and drive” is not a new message. Despite years of cautionary PSAs, hundreds in Michigan still die each year in alcohol-related crashes. The Michigan Office of Highway Safety Planning came to Brogan & Partners with this dilemma: How can this message be made new and unique enough to grab the attention of young men in Michigan (our key target audience) and other potential drunk drivers?

Brogan responded with an interactive, 360-degree video that told the story of one night at a local bar. The viewer was challenged to find the one bar patron who would later drink and drive—and kill a family of three.

The video was supported by TV and radio spots, in which our featured bartender challenged viewers to go watch the video and find the drunk driver.

For one thing, it worked: the campaign broke through, generating over 33 million impressions and more than 81,000 views in just one year. But we also love it because it uses this technology to tell a compelling story. 360-degree video is most often used for visual display: See this house for sale! Experience the Grand Canyon! But this video tells a story in the round and invites viewers to be a part of it – giving them a greater stake in the ultimate, devastating conclusion.

This is post #4 in our blog series, 17-wow-worthy social marketing campaigns.