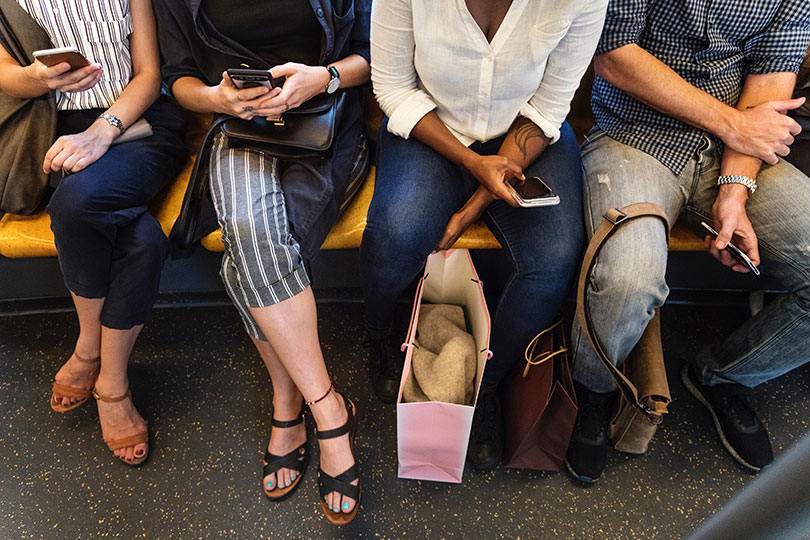 Consumers’ use of digital technologies has plateaued. The growth of U.S. consumers using cellphones, smartphones, social media, the internet and computers has stalled, according to Pew (PewResearch.org, 28 September 2018). Between 2016 and 2018 there was zero growth of cellphone (95%) and smartphone ownership (77%) and social media use (69%). Internet use grew just slightly, from 88% to 89%, and desktop/laptop ownership dropped from 78% to 73%.

+The slowdown is related to near-saturation levels — especially for cellphones, smartphones and internet use — in groups that include college graduates, consumers age 18 to 49 and consumers with household income of at least $75,000. Cellphone ownership in these three groups, respectively, is 97%.

Millennials don’t hit their “financial awakening” until age 33. Millennials are notorious for delaying major life milestones like marriage and kids. True to form, their “financial awakening” is also behind schedule: age 33, on average, according to an Ally Financial survey (NYPost.com, 5 November 2018). This surprises no one. It’s been tough for consumers born in the ’80s to accumulate wealth, because Great Recession.

+Millennials’ monthly expenditures on everything from basics (rent and utilities) to student loans, medical costs, entertainment and travel add up to a hefty $2,165/month or $25,980/year. That means the average Millennial must make about $53,000 just to be comfortable — a figure still out of reach for many. Millennials might do better if they were more financially savvy. Just 35% feel confident about doing their own retirement planning, investing and taxes. 55% could use some help, and half fear they’ll never be able to retire.

The ranks of unbanked consumers are shrinking, while mobile banking rises.In 2017, the number of U.S. households without a savings or checking account fell to 6.5%, 0.5% lower than 2015 and the lowest level since 2009, according to an FDIC survey (Pymnts.com, 24 October 2018). While that may be bad news for tech expansionists, it’s good news for the U.S. economy.

+”This decline can be attributed almost entirely to improvements in the economic circumstances of U.S. households,” the study authors write. 34% of consumers who remain unbanked cite lack of funds as the primary reason for their status, while 12.6% simply don’t trust banks and 8.6% balk at hefty bank fees. And 18.7% of households are in the underbanked gray zone; they have at least one traditional bank account but also get other financial services outside the banking system. While the ranks of unbanked consumers are shrinking, the number of Americans using mobile banking continues to rise, from 23.2% in 2013 to 40.4% in 2017.

What marketers can expect in 2019: Health and Wellness. What was hot in health and well-known in wellness for 2018 might not carry into the new year. As 2019 approaches, brands should reflect on the messages they want to bring with them. And those to leave behind.

Heartbeat takes health tech from wearable to useful. Wearable tech. We take it to the gym, out for a run. We swim with it, bike with it, walk the dog with it. We take it to work, disguised as a tasteful accessory. We even sleep with it. Why? Because we’re obsessed with data—and there’s no data more fascinating to us than our own personal health information.