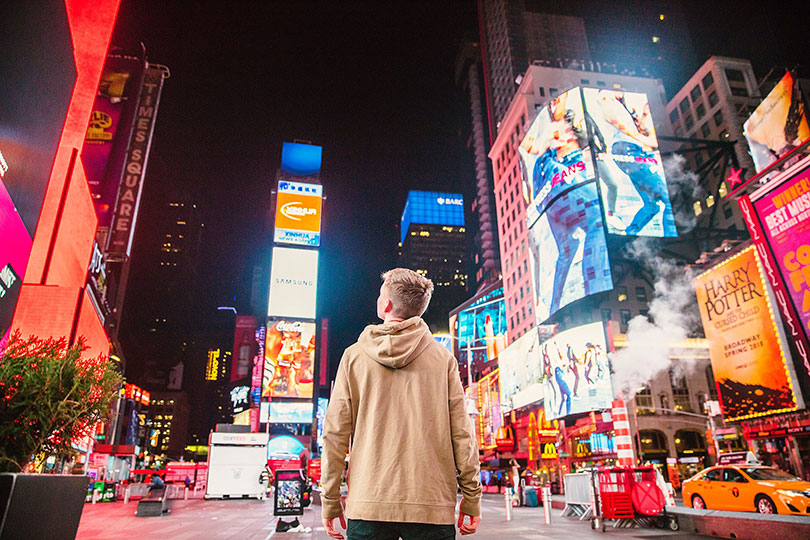 Millennials and Boomers look for different values in cultural leaders. Young adults are inspired by leaders with talent and a solid social justice platform, like Colin Kaepernick, LeBron James and Steph Curry. Older consumers are more likely to follow those who command authority (FastCompany.com, 27 September 2018). These findings come from a survey conducted for ad agency Enso.

+Respondents ranked 100 influencers, from the Pope to US presidents. Many of the names were polarizing. Boomers gave Tom Brady and Tiger Woods much higher ratings than Millennials did. Mark Zuckerberg placed 31 spots lower with Millennials — his own generation — than with Boomers. The difference may be because internet-dependent Millennials feel betrayed by tech leaders on privacy issues. Older generations aren’t as invested in the issue. Enso’s founders see the list as proof of a changing worldview—from material to social virtues.

+In the current, beta version of the glasses, polarized lenses have been rotated 90 degrees and flattened to block light from LCD and LED screens (Wired.com, 7 October 2018). So, when consumers don the glasses, most TVs appear to be off, even if they’re not. The glasses also block some computer screens. The glasses’ developers hope to eventually partner with optics-industry leaders on the development of glasses that block all screens.

Politically passionate consumers show bias toward news. Consumers with even the most extreme political views have at least one thing in common; they base the accuracy of news on their preferred sources (NYTimes.com, 26 September 2018). The Knight Foundation and Gallup created an experimental website to gather consumer reactions to news content. Participants rated the trustworthiness of content on a five-point scale.

+Articles on economics, politics and science were drawn from media outlets representing the political spectrum, including the New York Times and Vox on the left, and Fox News and Breitbart News on the right. According to the survey report, participants were less trusting of channels with source attribution: “The difference between no source and source conditions is statistically significant. This finding may suggest that source attribution lowers content trustworthiness by reminding users of personal preferences and biases toward particular sources.”

I’ll Drink to That

Why two Michigan breweries are joining forces to boost our local beer scene. While some businesses choose to cannibalize, two Michigan brewers are choosing to collaborate. The deal may be the first of its kind, and hopefully not the last.