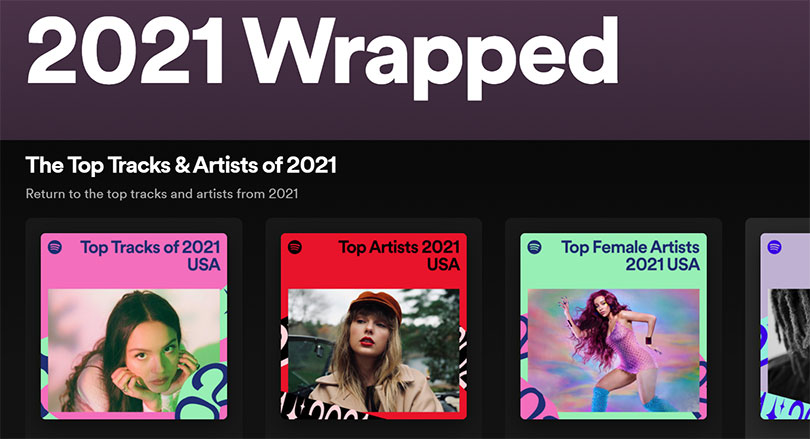 With 82 million songs and over 406 million users, Spotify has become a top music streaming app worldwide. But there’s more to Spotify than just music. In 2017, the company took social media by storm when they reintroduced the previous “Year in Music” campaign as the now famous, “Wrapped.” Spotify’s relaunch was highly successful and has become an annual, chart-topping event. Why? See how Spotify Wrapped became an instant social media hit. 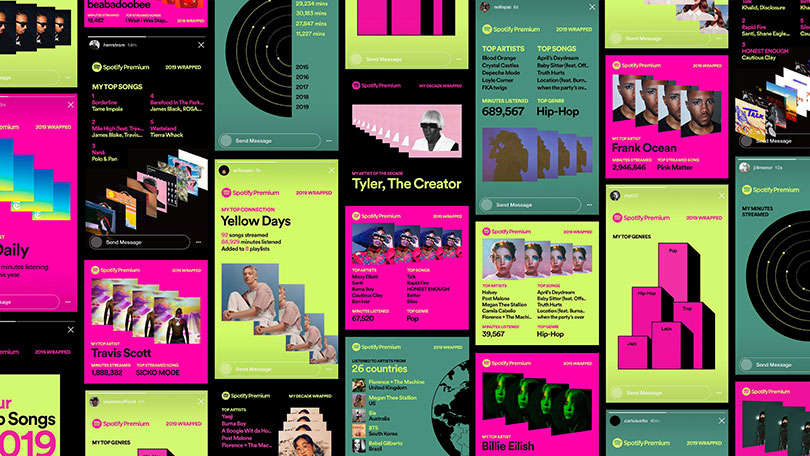 In the first week of December, Spotify releases Wrapped: a compilation of music statistics collected from a user from January 1-October 31. Wrapped includes artists, songs, albums, and podcasts along with personal stats like how many hours the user spent listening that year.

But it’s not just the stats that make it a fun and engaging idea, it’s the poppy visuals and social shareability. Wrapped now dominates social media feeds in early December as people reminisce about their year’s top hits and tunes. Users can easily share their infographic-style posts to social media as still graphics or video snippets (an ever-growing trend). And of course, all shares are branded with Spotify messaging and a signature look, drawing even more interest in the music platform.

Not only did Spotify find an uncommon way to engage with their audience through Wrapped, they also provided a way for their audience to connect with each other. Wrapped was mentioned in more than 1.2 million social media posts in 2019 as people shared their long-awaited results with friends. We love to see the energy and anticipation this social media campaign builds and how it breaks through in an already busy holiday season. For its concept, look and shareable social media execution, we’re all ears for Spotify Wrapped.