We all take pictures and videos while traveling to post online and share memories with others. But sometimes, this can change from a few quick snapshots to living your vacation behind a camera lens. The Vienna Tourist Board wanted to address this issue and encourage visitors to see with their eyes, not their phones. Thus, a campaign was born.

In 2018, the Vienna Tourist Board released a campaign to unhashtag Vienna with the central message “See Vienna. Not #Vienna: Enjoy the city behind your pics!” Posters of famous attractions went up across the United Kingdom, but each picture also featured a red hashtag and the campaign slogan over the top of it. The goal? For people to spend less time on their phones and more time in the moment.

To further the idea, the campaign invited two social media influencers to Vienna and gave them analog cameras to use instead of their phones. The cameras discouraged them from documenting every moment during their stay and instead enjoy what was around them. 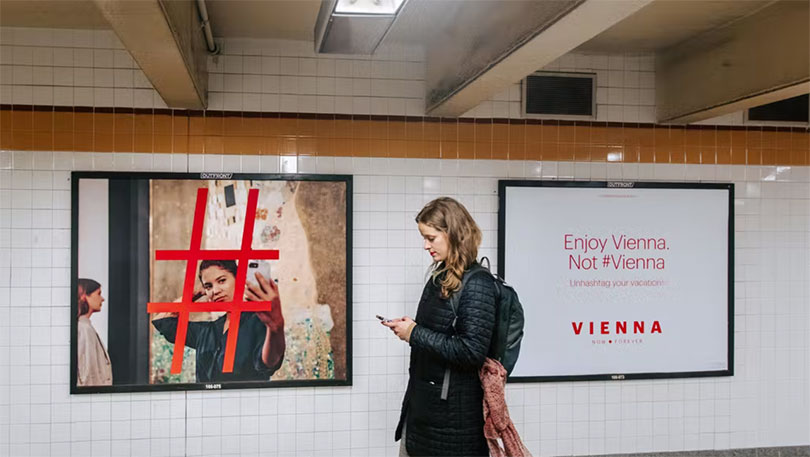 The Vienna Tourist Board then partnered with the Belvedere Museum to place a red hashtag over a replica of Gustav Klimt’s famous artwork, The Kiss. While the real painting was one room over to make sure no one missed out on viewing the piece, the message was clear. Enjoy Klimt, not #Klimt. Enjoy life, not #life. 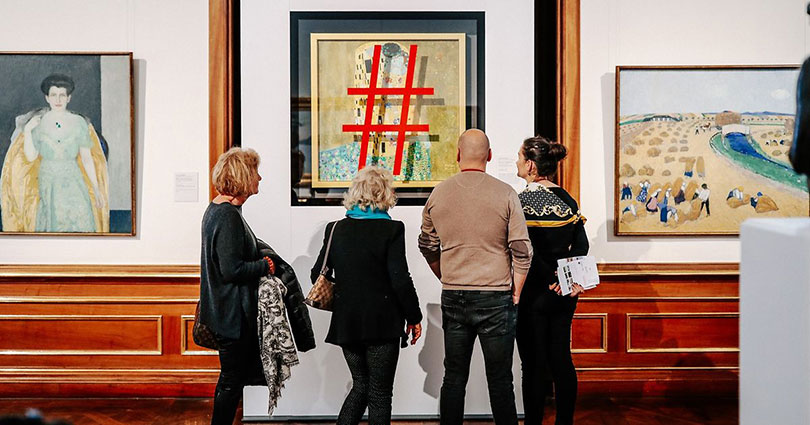 The final piece of the campaign took place at a tourist office. Visitors could borrow instant cameras that only took ten pictures at a time. They were challenged to be selective about what they captured and were able to take a break from their smart phones.

Social media can be a powerful outlet… but in the right doses. The Vienna Tourist Board made it clear that while they don’t expect people to leave their phones behind, they hope for people to live more in the moment. In a digital age, this was a great, attention-grabbing way to encourage people to spend less time with technology.

We also love their guerilla tactic of renting out instant cameras with limited pictures. They’re not only fun and nostalgic, but they make people focus only on what’s important enough to capture since you have limited shots.

From digitally detoxing influencers to distorting a famous work of art, the message was clear and people listened. That’s why this campaign made our top 10 list.