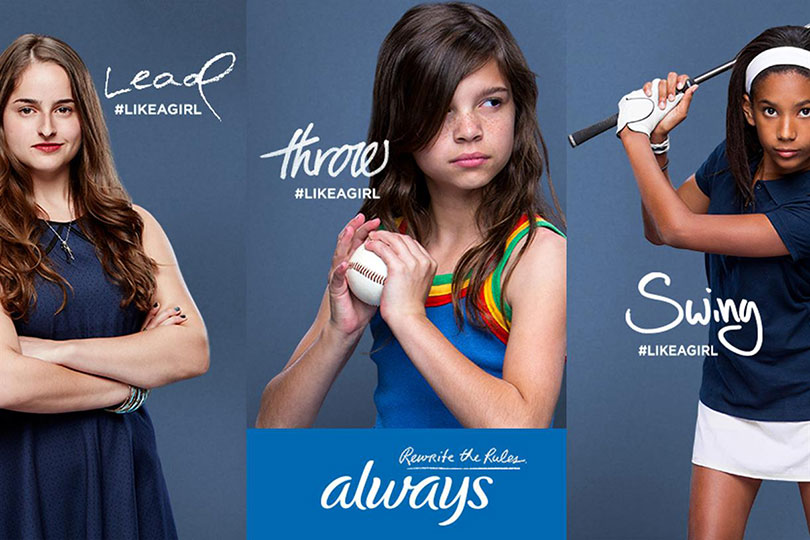 Have you ever been told you do something “like a girl”?

This phrase has become synonymous with being weak and wimpy. But at what point in one’s life does doing something “like a girl” become an insult?

Always asked a group of men and women of all ages to perform a variety of tasks “like a girl”. This social experiment revealed an interesting divide, but not a surprising one. The young participants performed each task they were asked to the best of their ability, and no differently than if they had been asked to perform them “like a boy”. But when the older participates were asked, their performance displayed a half-hearted effort at doing the task they were given.

What does this tell us about the phrase “like a girl”? At some point during childhood, likely around puberty, doing something “like a girl” becomes an insult.

Always recognizes the damaging effects that phrases like this can have on the development of young girls. In creating this campaign, they are working to remove the demeaning message that’s delivered with this phrase.

In recognizing the strength that lies within women, Always is making “like a girl” something to be proud of. They close the video component of their campaign by saying, “Why can’t ‘run like a girl’ also mean win the race?”

Always shows that it can.

This is post #6 in our blog series, 17 wow-worthy social marketing campaigns.