Guerrilla marketing is known for going outside the lines. And sometimes, it literally does so… as in Jeep’s ‘Outdoor Parking’ campaign. Jay Conrad Levinson was the mastermind behind this 2007 guerrilla stunt that took over the streets of Copenhagen. 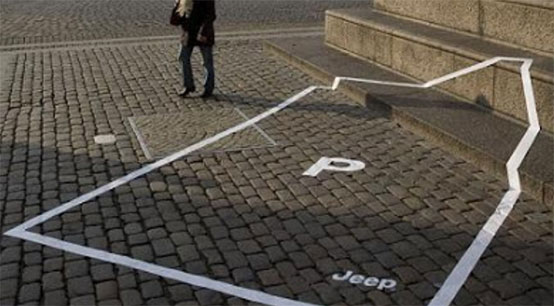 While many may have taken to traditional TV to tell consumers about the handling benefits of their vehicles, Jeep took the product to its natural element: the streets. Rather than telling, it showed the benefits of the compact vehicle in cities firsthand.

The other reason we love this campaign? It shows you don’t have to have thousands to pull off a successful guerrilla campaign. For a low cost or virtually no cost, you can still be highly effective.

While the campaign drew some criticism from individuals thinking Jeep was promoting out-of-bounds parking, it got people talking. When taken as the lighthearted campaign it was meant to be, it broke the mold and started conversations, all while accelerating sales. A win-win-win. 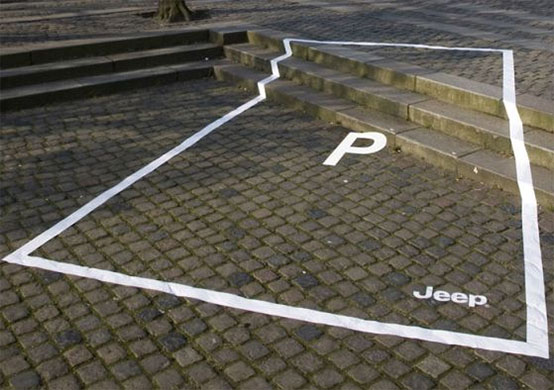 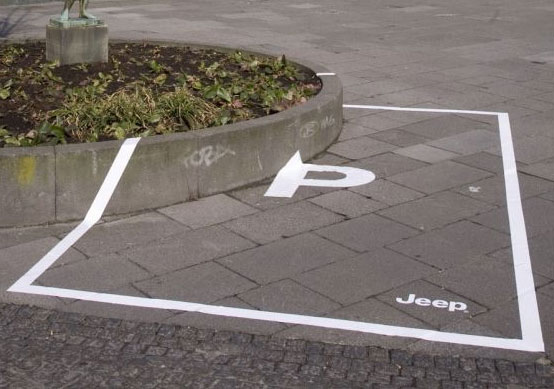 This is post #5 in our blog series, 10 Examples of Wildly Creative Guerrilla Marketing.