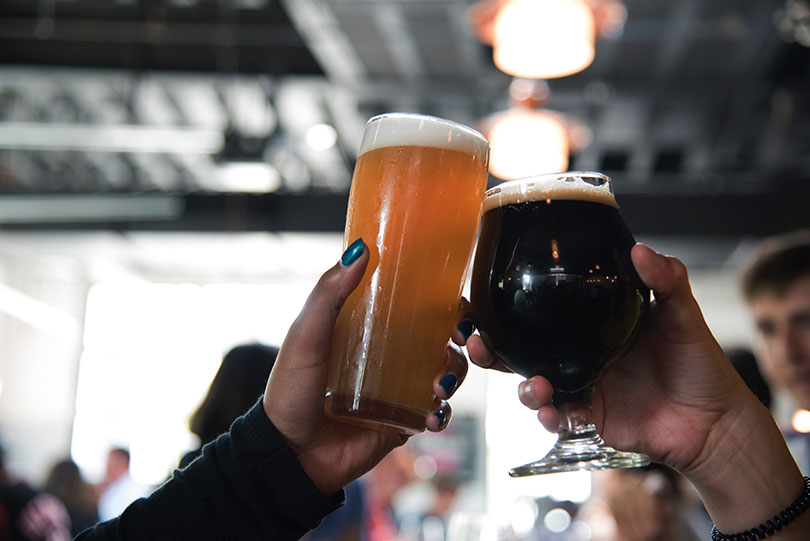 Michigan’s always been known for our freshwater lakes, our auto industry, our expansive shoreline. But in recent years, Michigan’s brewed up a new reputation that’s gained national recognition: one for our hoppin’ beer scene.

In a recent study, Michigan ranked fifth in the nation for the most breweries, microbreweries and brewpubs across the state. From metro Detroit to Grand Rapids, down state to the UP, it’s difficult to travel anywhere these days without stumbling upon a local craft brewery.

It’s a happy problem to have, don’t get us wrong. Not only are Michiganders kicking back to enjoy the craze with friends after work, but our state as a whole is raking in the benefits. A 2017 report revealed Michigan’s beer industry was worth a whopping $10.5 billion and accounted for nearly 35,000 Michigan jobs last year.

But with over 300 craft breweries across the state, surely small, mid-size and even large breweries will run into difficulty competing for customers and shelf space…  Right?

Too many breweries, too good to be true?

To combat this problem, two Michigan breweries are taking a bold strategic step to ensure our state remains a leader in the beer scene. In a deal that could mark the first of its kind, they’re teaming up to propel their growth rather than competing for market share.

Pour out the details.

Within the next few months, Royal Oak-based Roak Brewing Co. plans to acquire Traverse City’s Right Brain Brewery. The two may be located in different corners of the state, but both breweries have experienced substantial growth in the past few years and were in the top 25 Michigan breweries for production in 2017.

Upon acquisition, Roak and Right Brain’s separate brands will remain intact, but each will start offering the other’s products in their taprooms. This move will not only let Roak and Right Brain pool resources and gain financial security, it will also help them build upon and share clientele.

When talking to the Detroit Free Press, Right Brain owner and founder Russell Springsteen called this an “opportunity for both of us to be stronger!”

Roak owner Leone also touched on the benefits of the deal, saying, “We all know what’s going on: The big breweries are buying up local breweries. And my thoughts were, ‘How could I create a program that allows Michigan breweries to get together and survive together on our own?’ Still remain independent, still remain local. And this is what I’m trying to put together.”

It’s a unique, but well-thought-out, strategy. It could expand Roak’s distribution by three or four states and ignite Right Brain’s out-of-state distribution.

“As competitive pressure surges, I’m sure we’ll see more of this,” remarks Leone.

Since the beer scene is all about bringing people together, it only makes sense Michigan breweries are adopting that mindset–opting to work together to thrive and supporting Michigan all the while.

So, here’s to Roak, Right Brain and the 300+ breweries that support our state’s economy… one IPA at a time.

Catch more industry insights and trends in our Weekly Recap.