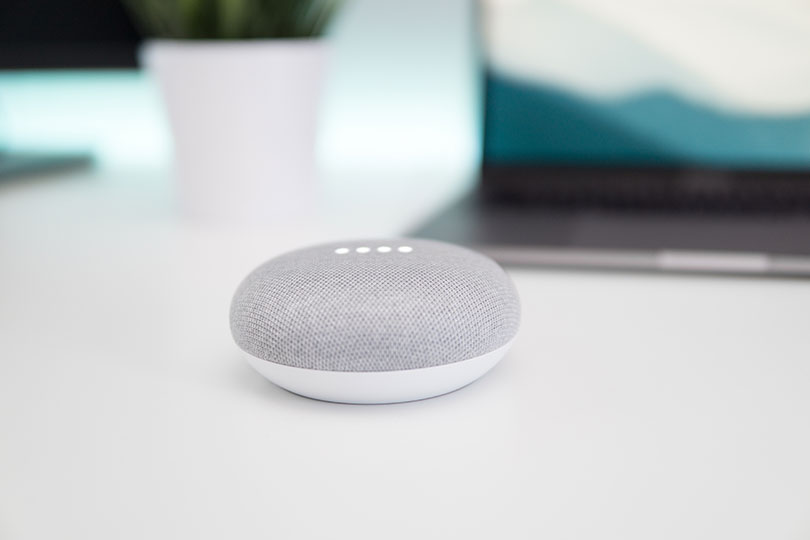 I was enjoying dinner with friends a couple years back when the hostess asked Alexa to play 80s music. There were only eight of us seated around the table and nobody was called Alexa. So I wasn’t surprised when the room didn’t suddenly fill with dance music or new wave.

But the hostess invoked the mystery guest again, this time a little louder and with a slight edge. “Alexa, play 80s music!” Tears for Fears obliged, “Shout. Shout. Let it all out…”

Roland Orzabal had only started the first verse when the hostess rebuked: “Alexa, not so loud.”

“Nice party trick,” I thought, as other guests answered my questions before I’d uttered a word. “We use ours mostly to connect with Nest,” someone commented. “I got one for Christmas,” chimed another. “Haven’t even taken it out of the box yet. Where am I going to put that thing?”

Nearly four years later, the voice-activated tech is still playing the hits more than most anything else.

Music is the most popular request smart speaker owners make, according to a recent Voicebot.ai survey of 1,200 U.S. adults. News is the second most common command, with distant topics including “how to” instructions, retail store information, history, movies, sports, among others. 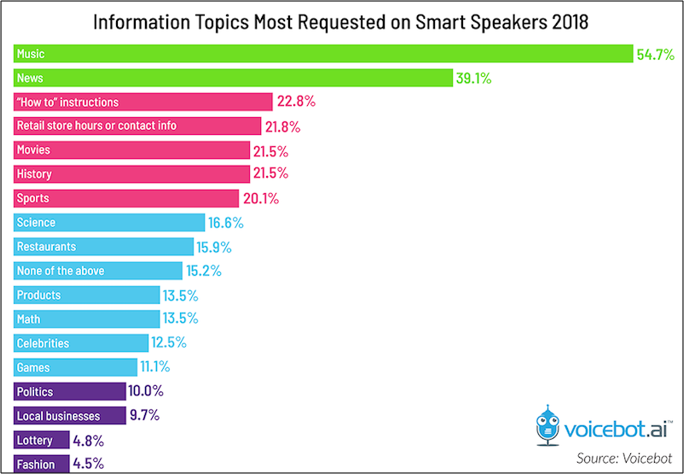 Consumers also use their smart speakers to control other smart-home devices, like thermostats, lights and locks; and ask for information, like weather forecasts or news updates. The ways in which consumers can use Alexa continue to proliferate as third-party developers create additional Alexa skills—apps that give Alexa even more abilities, connecting her to more devices and even websites. Currently, 45,000 Alexa skills are available.

But for the most part, consumers with smart speakers like the Amazon Echo and Google Home don’t use the devices for shopping. Per the Voicebot.ai research, 26.1 percent of consumers who own such devices have used them to make a purchase, and 16 percent of owners do monthly “voice shopping” using their smart speakers.

Sources who have seen Amazon’s market intelligence say that the percentage of voice shoppers is significantly lower, with only about 2 percent of consumers with Alexa-powered devices (mainly Amazon Echo speakers) using them for shopping in the first seven months of 2018, according to Gartner Iconoculture research.

Their intelligence also suggests that most consumers who have tried Alexa for shopping didn’t do it a second time (TheInformation.com, 6 August 2018). Still, 20 percent of Amazon Echo owners have used Alexa for shopping-related information, like finding deals or tracking purchases (that were probably made on another device)—just not purchases.

While voice-activated search may be off to a relatively sluggish start, brands are nonetheless optimistic. More than 1,200 brands have built apps and products that rely on Amazon Echo and Google Home (Gartners.com, 23 June 2017).

Regardless of whether consumers use smart speakers for little more than play lists, it’s impossible to deny their popularity. Amazon is expected to have sold 128 million Echo speakers by 2020 (RBC Capital Markets, 9 March 2017); by 2022, 55 percent of U.S. households will own always-listening voice speakers (Jupiter Research, 11 August 2017).

Before taking your brand boldly into the smart speaker space, consider the nuances between typed search and audible search. Claiming organic territory is always worth the effort and will inform Alexa Skills or other advertising applications.

Like to stay in the loop? Get the Brogan Weekly Recap.