Home » Trends » What brands can learn from the White Claw Summer and Popeyes crazes. 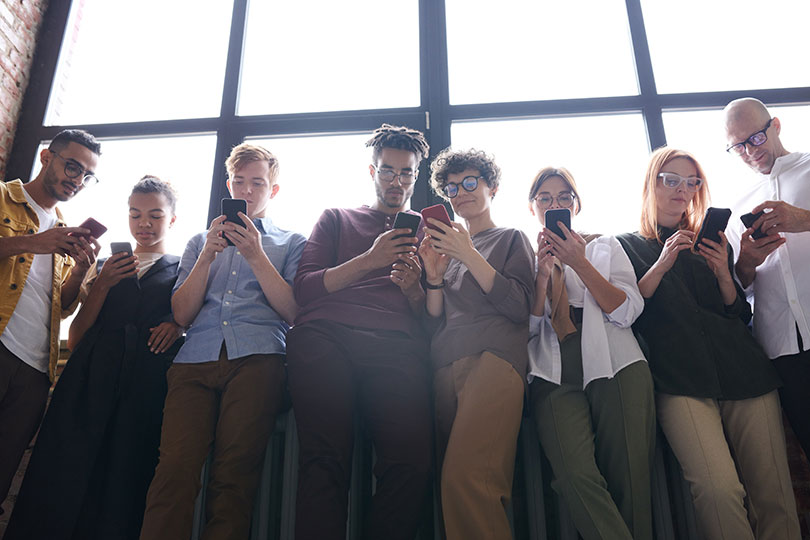 We’ve all seen how one company’s new product or campaign (ex: Popeyes Chicken Sandwiches + White Claw) can go viral across the internet… the question is, how? Brands strategically plant their product as a social media trend, or does a customers love for the product boost virality and sales?

The common denominator among both brand’s success is creating a shortage, which they did through utilizing influencers, celebs, and real people. Take White Claw Hard Seltzer for example. Social media latched onto their “White Claw Wednesday” and “White Claw Weekend,” and customers began participating as well. People did not want to feel out of the loop on this new trend, so everyone jumped aboard the bandwagon. Those catch phrases quickly turned into a well-known mantra of “There ain’t no laws when you’re drinking claws.” The humor in the message paired with the new summer beverage created the perfect storm for young adults and social media. This was shared all over Twitter and Instagram, and created “such a phenomenon that police precincts felt the need to remind citizens that laws actually do apply when you’re drinking White Claw”. The craze led to the infamous White Claw shortage last summer and continued throughout the fall with the new drink trending online. Their company perfectly used the explosiveness of social media to their advantage and kept pushing sales even once they sold out.

To this day, White Claw’s social media marketing tactics built their entire company and brand. On February 29th 2020, White Claw launched in Canada,  and there was an early morning lineup outside of the Toronto LCBO. If White Claw did anything right, it’s that they capitalized on the trend that began and continued to encourage the viral mantra on all social media platforms. This caused a 320% sales surge in White Claws in the duration of a year. Maybe we all have something to learn from “no laws if you’re drinking claws”.  People accompanied this saying with Instagram photos holding the colorful cans and debating which flavor is the best. After the motto took off, White Claw’s only job was to sit back and enjoy the ride of popularity.

How Popeyes used loyal customers to handle their marketing

Another company that successfully played the game of social media is Popeyes, with their Chicken Sandwich. They began the trend by teasing the Chicken Sandwich at all locations and quickly running out which heavily increased the demand. All forms of social media were consumed with customers either raving about the product, or desperately trying to get their hands on it. Hey, everyone wants what they can’t have. Apex Marketing group estimated that the online buzz was worth $65 million in marketing for Popeyes. Some customers even attempted to sue Popeyes after coming back several days later to purchase the infamous Chicken Sandwich, and it still not being available. Honestly, the only thing the lawsuit inflicted on Popeyes was more promotion. Popeyes social media marketing team also engaged in friendly banter with Chick-fil-A, who was attempting to rip on them for copying their Chicken Sandwich. This resulted in MORE publicity for Popeyes, and everyone siding with them that their product was better. Don’t you wish it was as easy to gain popularity online as it is when you’re a sandwich? 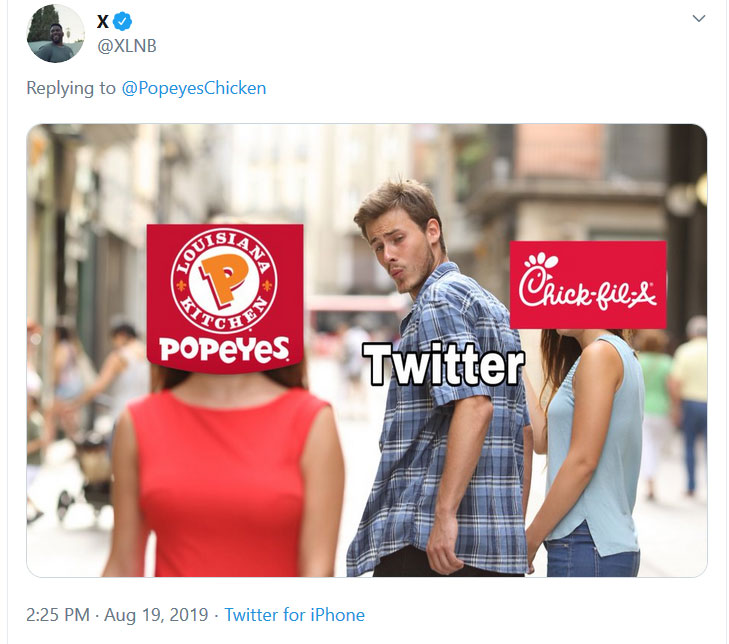 How influencers got involved

Popeyes continued this publicity by sending American DJ Diplo a private jet full of sandwiches. This post received a whopping 225,000 likes and was essentially another form of social media influencer marketing. 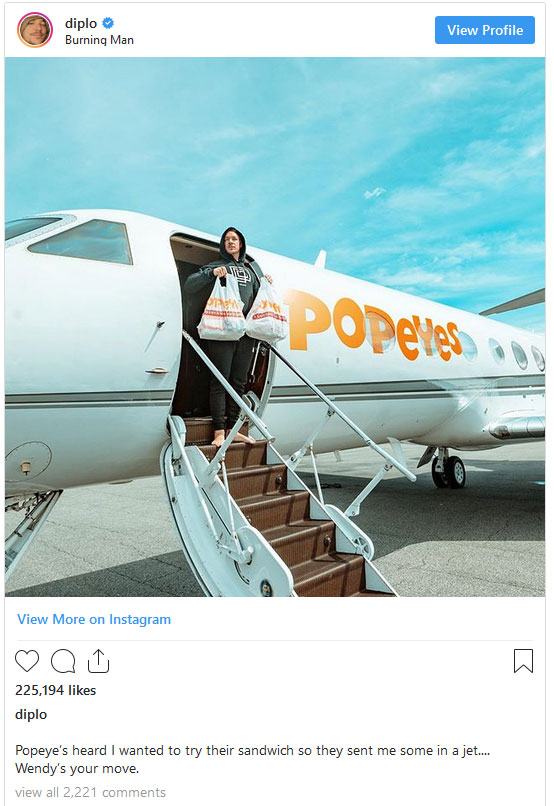 How your brand could be next

So, how can other brands attempt to mimic the social media marketing strategy of White Claw and Popeyes? The key is originality and creating a trend that sticks. White Claw went the avenue of having a catchy saying that was relatable for a younger audience and made buying their product “cool.” Popeyes went the approach of keeping stock limited, making sure it was an exclusive product that everyone wanted, and few could get. They used their voice on Twitter to further the banter with other fast food chains, and the next thing you know, Chicken Sandwiches were the new White Claw.

In addition to originality and a trend that sticks, both companies emphasized the idea that if everyone else loves it, you’ll love it too. Users are so trusting of word-of-mouth (WOM) and ultimately believe that the bandwagon is worth hopping on. If your company creates a strong social media marketing strategy, you could quite honestly get consumers to do all your marketing for you. All it takes is loyal customers, a social media-savvy team, and a great product.

To stay updated on industry changes, subscribe to the Brogan Weekly Recap.