Home » Trends » The best superbowl commercial was not on the superbowl.

Watching the commercials during the superbowl was definitely more exciting than watching the actual game. But the most strategic play of the night was made by Newcastle Ale. Adweek asked female creative directors to tweet their opinions of the commercials with the hashtag #3percentsb during the superbowl, so I was doing my own pre-game and discovered the Newcastle video with Anna Kendrick.

The idea is an anti-superbowl commercial.  It’s brilliantly inspired. 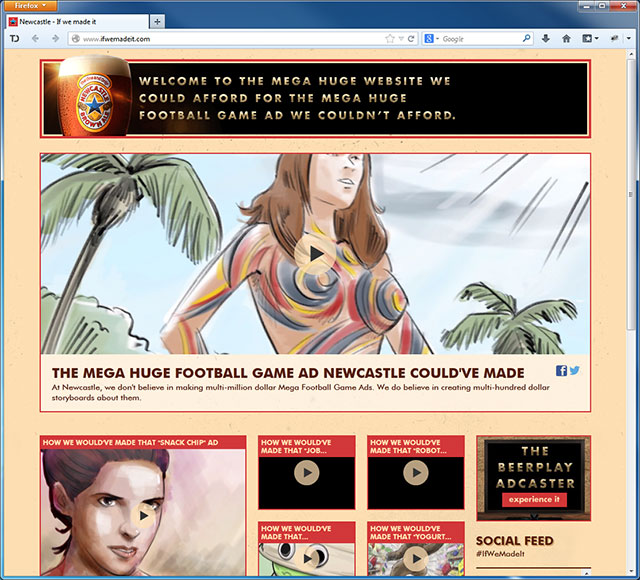 This is truly groundbreaking stuff. It reinvents the way we can approach mass media events. And it shows that while superbowl ads usually blow a lot of money blowing things up, doing cgi effects,  making animals talk, and gratuitously throwing celebrities in the commercials, a good idea is infinitely better, stronger and can give more bang for the buck. Newcastle saved money and leveraged social media to be the winner of the #brandbowl.

Who were your winners and losers of the superbowl?