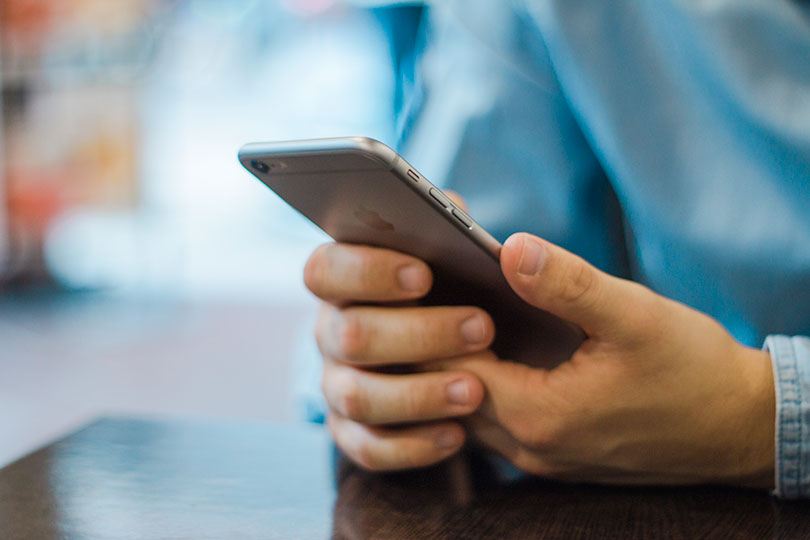 How much time do you spend on your smartphone? Is it part of your routine or do you find yourself addicted?

According to eMarketer, U.S. smartphone owners spend over two hours a day using their device:

But, again, is this an addiction or part of consumers’ media habits? Let’s take a look.

Why you gotta’ be so screen?

Addicted. Rude. Obsessed. Anti-social. This is how smartphone owners are described in news articles and headlines. But is this accurate?

Naturally, smartphone owners disagree. While older generations have more negative feedback for this audience, 75 percent of Millennials surveyed say their smartphone positively contributes to their group dynamics. Smartphone owners don’t see themselves as anti-social, because they have the world, their friends and family at their fingertips. This audience is also combating the stereotype of being rude, by setting guidelines for where, when and how much they use their mobile device when with company.

Meanwhile, brands are struggling with how to leverage smartphone obsessive compulsive behavior. Specifically, whether to embrace it or attempt to disrupt it. Take a look at the four examples below.

In “Rediscover the Joy of Nature,” Nature Valley reminded us all about the fun there is to be had when you’re connected to nature. However, did so at the expense of a consumer group. Nature Valley isolates an upcoming audience because of their media habits. Many brands looking to engage with multiple audiences, seek multiple mediums; social, online, mobile etc. However, Nature Valley contradicts themselves when they isolate audiences active on these mediums. Nature Valley’s spot “Rediscover the Joy of Nature” demonstrates how brands are tech-shaming audiences, instead of encouraging further consumer interaction.

AT&T, a leading multinational telecommunications company, created quite the stir when it asked consumers to un-plug from technology for the holidays and be present. Cleverly titling their spot “Present,” the story is centered around a phone-obsessed daughter that is seemingly disengaged from the holiday celebrations with her family. The spot ends with the daughter gifting her father with her cell phone so that she is “present” for the remainder of the day. However, we can’t help but notice the irony of a global telecommunications company encouraging their customers to un-plug from their devices.

Capitalizing on the pop culture phenomenon of binge watching, T-Mobile not only acknowledges this behavior but encourages it. T-Mobile’s “Binge Watchers Anonymous” features actor Aaron Paul, from the hit TV show Breaking Bad, as he leads a group of binge watchers. The group humorously shares the issues they experience while watching their favorites shows, while Paul offers them all the same solution – the free streaming of TVs and movies with T-Mobile’s Binge On. Not only does this spot acknowledge the mobile habits of their audience, but is able to poke fun at all the stereotypes in the process.

Apple’s 2013 holiday spot “Misunderstood,” highlights the negative reactions of relatives as their younger family member (teen boy) is witnessed being on his phone throughout the holiday vacation. However, a plot twist reveals the teen was not disengaged during the vacation but was instead filming the memories, big and small, to share with his family on Christmas morning. Instead of tech-shaming one of its largest audiences, Apple instead acknowledges and accepts this mobile behavior.

What are your thoughts? Mobile obsessed or mobile media habit? Let us know in the comments below.

For more trends and insights, sign up for our Brogan Weekly Recap. And you’ll get what’s new and next in the world of advertising.