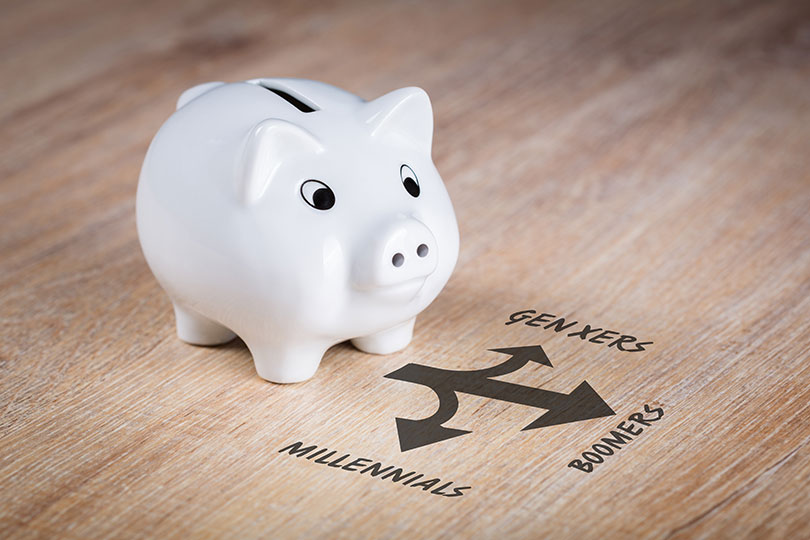 If we were to sum up in one word the way people are feeling about money going into the new year, that word would be “nervous.” The current administration came into office vowing to repeal the Affordable Care Act, which makes lower-income Americans and aging boomers anxious, especially because it’s still unclear just what will replace it. Millennials who remember the stock market tanking in 2008 are still wary of investing, even though the market’s been doing well in more recent years. In fact, though economic indicators have been looking up, they haven’t inspired great consumer confidence in any group, given the shaky political climate in both the U.S. and abroad.

Economist Bill Conerly, in an article for Forbes.com, predicts weak growth in consumer spending in the early part of 2018, which he expects to get stronger as wages increase later in the year. That’s assuming wages do, in fact, increase – something no one wants to bet the farm on in the current climate.

What does this mean for marketers? Consumers are looking for security, stability, reliability and convenience. Any product or service that alleviates stress and makes life easier is always popular, but never more so than in uncertain times. So if your company has a long history of reliable service, play it up. Ditto for money-back guarantees. And keep in mind that any investment that locks up consumers’ money for the long term is going to be viewed skeptically.

Targeting a specific age group? Here’s what the prognosticators have to say about…

…Boomers – While marketers are racking their brains for the best way to reach millennials, they’re missing out on these big spenders. According to an article in USA Today, boomers 55 and up accounted for 41.6% of consumer spending in the first quarter of 2017. Boomers are spending less on stuff and more on services: restaurants, travel, and not surprisingly, healthcare. Boomers are also working longer, so fewer of them are limited to a fixed income.

…Gen Xers – In the annual CEB Iconoculture Values & Lifestyle Survey of Gen-Xers, no value has risen faster than security, and Gen Xers are determined to get it. Though they’ve been stereotyped as cynical and jaded, they see themselves as realistic. They have reason to be skittish — after all, the economy tanked not long after many Xers entered the workplace, and with boomers retiring later, promotions are harder to come by. But they’re not giving up, just taking pragmatic steps to protect themselves from more financial trauma. Many are busy caring for both their kids and their aging parents as well, so convenience and simplicity are dear to their hearts.

…Millennials – The oldest millennials are now parents, while the youngest are just entering the job market.

Younger millennials (20-28) are proving to be surprisingly conservative in many behaviors, including spending and saving. CEB Iconoculture’s Values & Lifestyle survey of young millennials show that they’re placing much less emphasis on freedom and fun these days, and more on responsibility and learning.

Older millennials (29-40) are busy parenting in their own iconoclastic way, and they’re not interested in your unsolicited advice, thank you very much. They’ll do it their own way – but they still want products and services to make parenting easier.

The bottom line for 2018: people have money to spend, but they’re going to be cautious about spending it. Marketers need to prove their companies are reliable and their products are a good value. If they can prove they’ll make life less stressful, all the better. We all have enough to worry about.