Home » Trends » Millennials are sticking with pediatrician into adulthood. 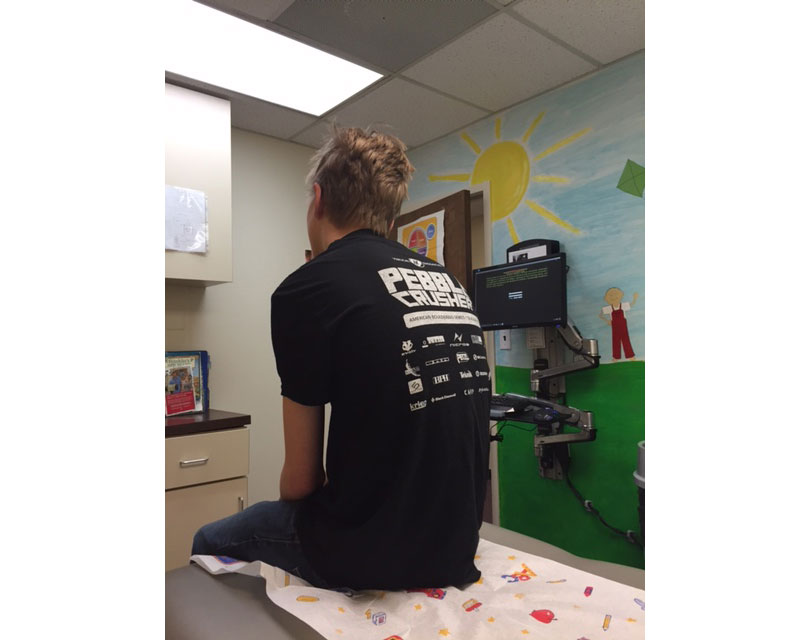 My siblings and I didn’t have a pediatrician when we were kids. Everyone in my house saw the family doctor. (Except for daddy, who self-medicated the rare virus with a strict regimen of warm Vernors, Vicks VapoRub and Campbell’s soup.)

So, I’m a little unclear about when kids age out of the system. And I’m a lot reluctant to find out.

I love the pediatrician’s office. The staff and doctors are empathetic, nurturing and wildly responsive. They shoehorn my kids into the schedule on a moment’s notice for even the most trivial ailment. And they never judge, no matter how many common colds you confuse for bird flu or whooping cough.

I assumed it would be my kids who would eventually insist on graduating to an adult office. Maybe not.

I took my 15-year-old son for a pediatric visit recently that I thought might be our last. His tall, lanky frame loomed large over miniature chairs and wooden toys. His size was even more pronounced in the park-themed examination room, surrounded by bright wall murals that served a helpful distraction when he was a fussy toddler.

But he didn’t say a thing. Not a word. He even grabbed a Scooby Doo sticker at check-out and mocked his good fortune.

Could he possibly appreciate the pediatrician’s office as much as I do?

A new survey suggests as much. And it’s not just older Gen We patients who are hesitant to take their medical charts elsewhere. Millennials are lingering longer, according to a National Hospital Ambulatory Medical Care Survey.

From 2002 to 2012, pediatric office visits by patients 19 and older grew from less than a million to 2.4 million. The number is expected to grow even higher under Obamacare as dependents can remain on their parents’ healthcare plan until age 26.

The trend has prompted New York City pediatricians to receive additional training to treat young adults. Dr. David Bell told the New York Times (June 23, 2016) that he’s steadily increased his age cutoff over the years from 24 to 27, 30 and now, 35.

At this rate, Millennials won’t leave the pediatrician until they concede the coveted relationship to their own children.

So what does this trend say about Millennials? That they’re loyal or complacent? Practical or peculiar? Then again, it may all come down to convenience. According to a Pew survey, 18-34 year olds today are more likely to live with a parent than a partner or a spouse for the first time in over a century.

For more on healthcare marketing trends, sign up for our monthly edition of the Brogan Healthcare Checkup.