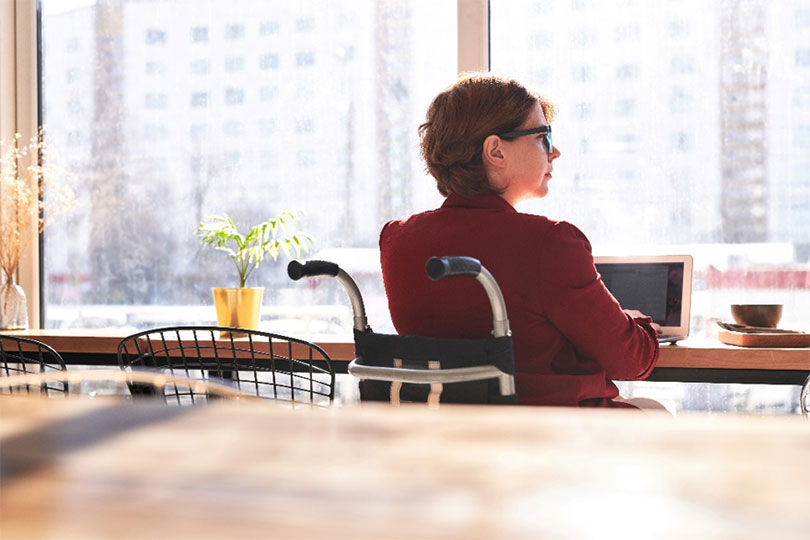 How many U.S. adults have a disability?

According to statistics from the Centers for Disease Control and Prevention (CDC), more than 67 million adults in the U.S. — or 26% of the population — reported living with at least one type of disability. Mobility disabilities are most common, closely followed by cognitive disabilities. 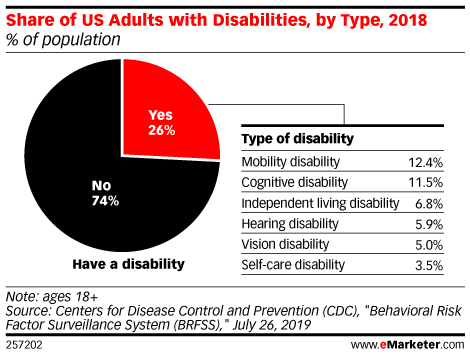 How underrepresented are they?

Nielsen set out to examine the lack of representation of people with disabilities in TV ads. Their study looked at 450,000 primetime ads on broadcast and cable TV during February of this year and found that just 1% of those ads showed someone with a disability. And of the small fraction of commercials considered “disability-inclusive,” nearly half of ad spend came from pharmaceutical and healthcare companies.

How much purchasing power do people with disabilities yield?

The American Institutes for Research (AIR) reported that the roughly 20 million U.S. working-age adults with disabilities — not including their extended families, support networks, and allies — had a collective after-tax disposable income of about $490 billion. This was close to the collective after-tax disposable incomes of Black consumers ($501 billion) and Hispanic consumers ($582 billion). 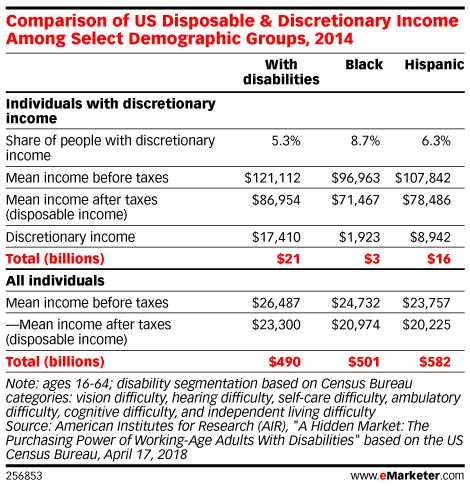 How can we make campaigns more inclusive?

Supporting people with disabilities should be a constant commitment. Of course, the anniversary of the Americans with Disabilities Act and Disability Employment Awareness Month are celebrated in July and October respectively. But if you’re only showing meaningful representation in these two months, your efforts could come across as opportunistic and empty. Make your campaigns more inclusive by taking these four tips.

To learn more about inclusive advertising – and advertising in general – subscribe to our blog. Our experts share insights just like these ones, as often as we can.