Home » Trends » How marketers and users can benefit from virtual reality.

Virtual reality is becoming one of the largest opportunities to use sight and sound and create real experiences, without actually being present.

Here are three brands that used virtual reality to market their brand:

Try Before You Fly – Marriott Hotels 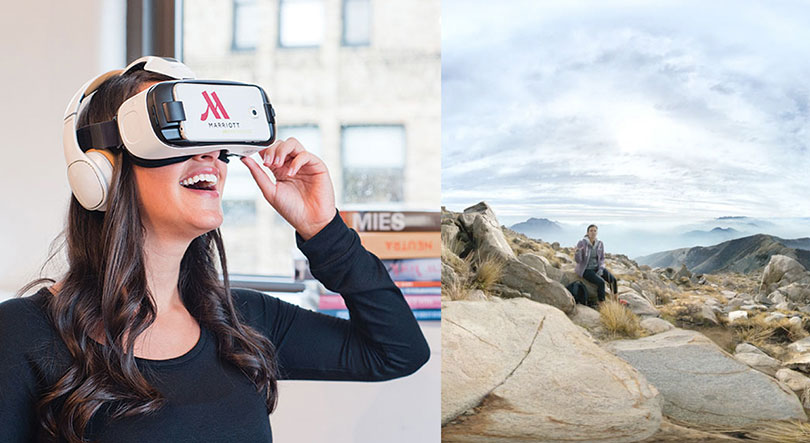 New York one minute, Hawaii the next. As newlywed couples strolled the streets of New York City, they were given the chance to experience any particular destination they longed to travel to. Between the beautiful view of beaches to skyscrapers in London, Marriott Hotels gave consumers the ultimate travel experience without the physical travel.

Toyota takes teens for a spin around town to not only preach that distracted driving is dangerous, but to show them the consequences by placing them in the situation. The 360 view makes it feel real for audiences and creates a deep, emotional outcome as if they were really behind the wheel.

For the launch of 2016 season of the Game of Thrones, HBO, Facebook and Oculus collaborated to create an interactive 360 VR video to let users climb walls and walk around various cities of the show. Users reported how real the experience felt, even facing the emotion of fear as if they were really 700 feet above the ground.

How consumers benefit from virtual reality.

In the word of marketing, being able to immerse users in something that feels so terrifyingly real is a game changer.

However, VR doesn’t just benefit those behind the scenes; it can benefit those using the technology. One of the most interesting VR tactics is placing someone in real-life situations that generate empathy and human emotion. Jeremy Bailenson, the founder of Stanford’s Virtual Human Interaction Lab, has devoted years researching how VR can help understand those around us. For example, Bailenson conducted a study were the users became “color-blind” in the virtual world. The findings? Those who experienced a disability through VR were more likely to spend time helping those with that same disability thereafter.

Before VR you could imagine being color blind, see color-blind individuals through media sources,  but now users can actually walk through someone else’s shoes.

For more trends and insights, subscribe to our Brogan Weekly Recap.