Home » Trends » How brands are showing solidarity with Ukraine 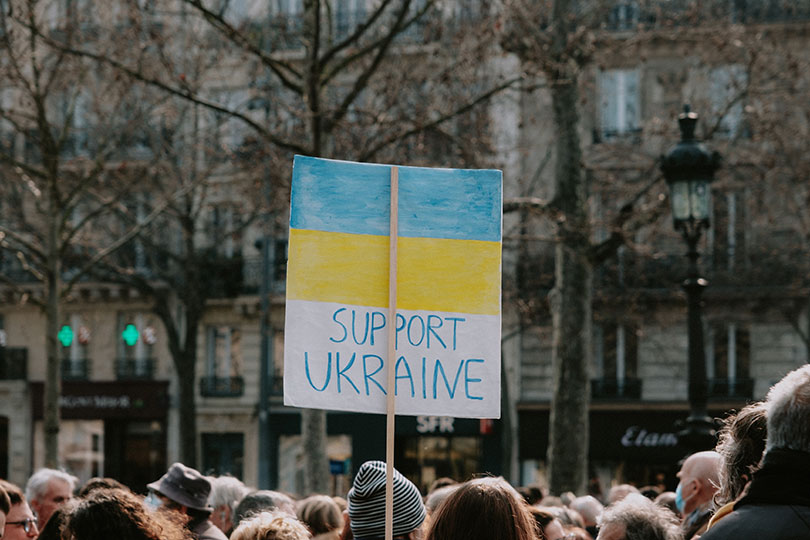 On February 24, Russian President Vladimir Putin launched an invasion into Ukraine – a country of about 40 million people. Since then, almost three million people have fled. However, experts in the European Union (EU) estimate more than seven million people may leave the country they call home.

Per the New York Times, pushback against this assault has played out prominently in the form of economic sanctions, company exits and widespread moral outrage. And as a result of my own personal outrage, I’ve been spending my nights “doomscrolling” (devoting an excessive amount of screen time to absorbing negative news) to learn more about what’s happening in the world… and who’s doing what about it.

With a special interest in brand responses, I came across the wise words of Marla Kaplowitz, the chief executive of 4A’s (an advertising trade group), who said, “We see the industry trying to figure out what to do, because people feel a bit helpless, like putting out a statement just doesn’t feel like enough right now.” She went on to deliver the line that hit me hardest: “It’s not enough to just say something, you actually have to do something.”

With that, I wanted to explore how brands are handling what could very well be largest humanitarian crisis on the European continent in many, many years. Read on for more.

Taking a stand vs. standing on the sidelines

To gauge consumer sentiment about the Russian invasion of Ukraine, Forrester polled 809 adults across the U.S., Canada and the U.K. The results showed an overwhelming 79% said they think companies/brands should speak out against it, with 84% wanting businesses to pull their operations out of Russia immediately. Here’s how it’s being handled so far.

As always, every company must do what’s right for them, based on their corporate values. And when intersecting with social issues, it’s increasingly important to prioritize thinking over speaking. Immediately after the invasion, for example, some bartenders started dumping Stoli vodka down the drain in a supposed move of solidarity with Ukraine. The problem? The spirit – though its full name is Stolichnaya – has been made in Latvia for decades. Not Russia. Oops.

Wondering how you, as an individual, can take a stand? Our own director of web experience has partnered with a local business that’s sending essential supplies to Ukraine, and supporting the drive is easy. Just visit the Amazon list they’ve put together. (Note: If you choose to order something, please select “Petite Cabane” – the European-style children’s boutique in Birmingham, Mich. – as the shipping address.