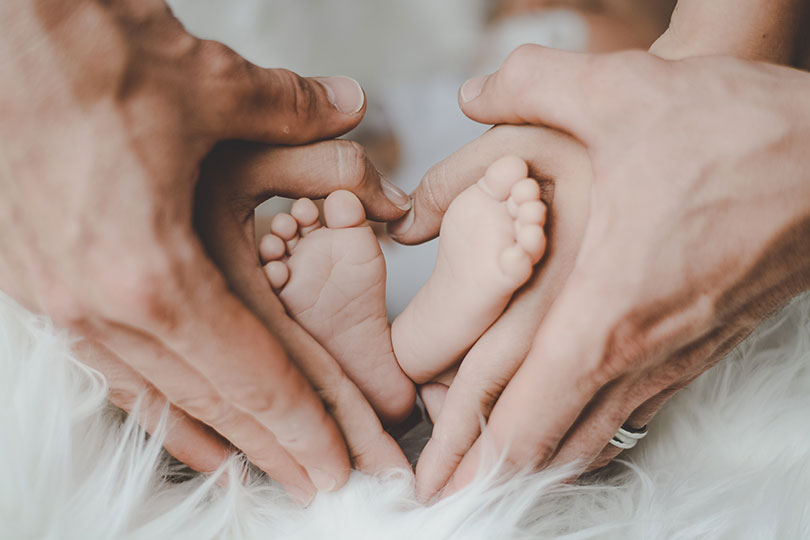 Fertility… maternity… paternity… oh my! With 360,000 babies born each day, businesses big and small are considering the benefits they can offer expectant moms and dads. And if they’re not, they should be. After all, incentives like these ones can help retain (and attract) the top talent.

For example, in California, where paid parental leave is offered on a state level, 87% of businesses say they’ve had no increased costs as a result. What’s more, 9% said the program actually generated some savings by reducing employee turnover. Most notably, 99% have seen a positive effect (or no noticeable effect) on employee morale.

1 in every 65 children born in America are conceived after the mother received fertility treatments.

Today, more female employees are being offered a heartwarming health benefit: financial support for fertility. Because 6.1 million women (ages 15-44) have difficulty becoming pregnant or staying pregnant, this “work perk” is nothing short of wonderful. Especially when you consider the incredible cost. That’s right. In case struggling with infertility doesn’t take enough of an emotional toll… there’s also the monetary one. According to experts, the average out-of-pocket payment for one in vitro fertilization (IVF) cycle is $12,000, and that doesn’t include the cost of medications.

So, enter our new favorite companies. Mercer, a benefits consulting firm, recently reported that 44% of businesses offered some sort of IVF benefit in 2018 – a 7% increase from the year before. A few names you may recognize? General Mills, Chobani and DSW are updating their benefits in 2019 to include some form of fertility coverage. Meanwhile, businesses with existing fertility benefits, like Procter & Gamble, are increasing their coverage to help support the needs of their female employees. And right here in our home state, employees at the University of Michigan now have access to affordable procedures, performed at the Michigan Medicine Center for Reproductive Medicine. Individuals contribute a coinsurance of 20% of the cost, and the plans cover the remaining costs up to a $20,000 lifetime maximum.

25% of women are forced to return to work within two weeks of giving birth to support their families.

Paid maternity leave for mothers is guaranteed in 178 countries, but America isn’t one of them. Meanwhile…

But, because the U.S. doesn’t mandate paid maternity leave, it’s left up to employers. And while the prevalence of paid maternity leave did rise from 2016 to 2018, the numbers are still numbing. In fact, according to a Society for Human Resource Management survey, the number of companies who offer this benefit only increased from 28% to 35%. That means most moms must make do without it.

That’s where a few Good Samaritans come in. Instead of coworkers going in on group gifts, they’re donating their own paid vacation time. While only 15% of U.S. employers actually allow this, some private companies and the state of Nebraska now offer that option. As of January 2018, expectant Nebraskans who work for the state can receive donated time from coworkers once they’ve used their own accrued sick leave. (Talk about a donation that makes a difference.)

Netflix offers employees a full year of paid time off after the birth of their child. This includes birth and adoptive parents of any gender.

A few years ago, forward-thinking companies started offering paid paternity leave to new dads. But, many men are wary of actually taking that time off. A Deloitte survey showed 57% of male employees think using their paternity leave could be perceived as a lack of commitment – potentially derailing their career. And even those who were willing to take time off did so sparingly. A Ball State University study found only 14% of new fathers take more than two weeks of leave.

To help men feel better about taking their time off, some companies are actively encouraging them. For example, the offices at American Express have promotional posters hanging prominently. Each features a sentimental photo and reads: “Future dads, don’t miss these moments.” Additionally, Facebook’s Mark Zuckerberg set an example when he took two months off to focus on his newborn baby. Way to lead, FB.

Want to keep up with all the major updates? Subscribe to the Brogan Weekly Recap and an email will arrive in your inbox every Friday.