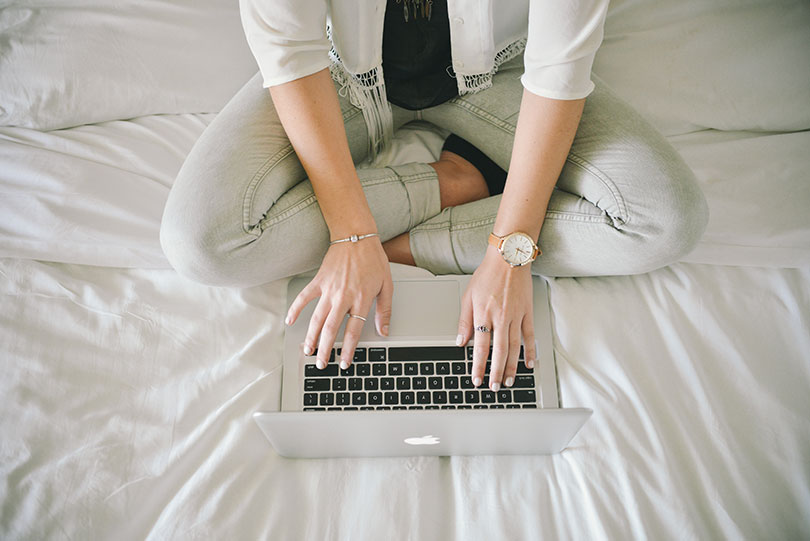 In three years, Generation Z (also known as Gen We), or those born after 1996 will account for one-third of the U.S. population. While the general public might be tempted to lump them in with Millennials, Gen Z has their own set of unique values.

A major defining feature of Gen Z is they do not remember 9/11. They were raised under the shadow of increased national security and perceived danger from outside forces. As such, they are more cautious than previous generations, with a 40 percent drop in teen births and additional drops in high school drop-outs and alcohol abuse. With the oldest turning 21 and entering college and the workforce, now is the time to look at their habits in order to better understand this generation.

Most of Gen Z won’t sit through a 30 second ad. Their perspective on certain ads is almost twice as negative as Millennials. We now live in a world of multiple screens. As soon as a commercial interrupts their program Gen Z will turn to their phone or laptop. This generation bounces between five screens: TV, laptop, desktop, tablet, and smartphone. They are also more likely to install ad blockers on their laptop.

Solution: Dazzle them. The same research on Gen Z’s ad perspective found that over 55 percent of Gen Z enjoyed ads that told an interesting story or had good music, and 72 percent enjoyed ads with humor. What’s more, don’t make your ads non-skippable. This will only create backlash from the audience. 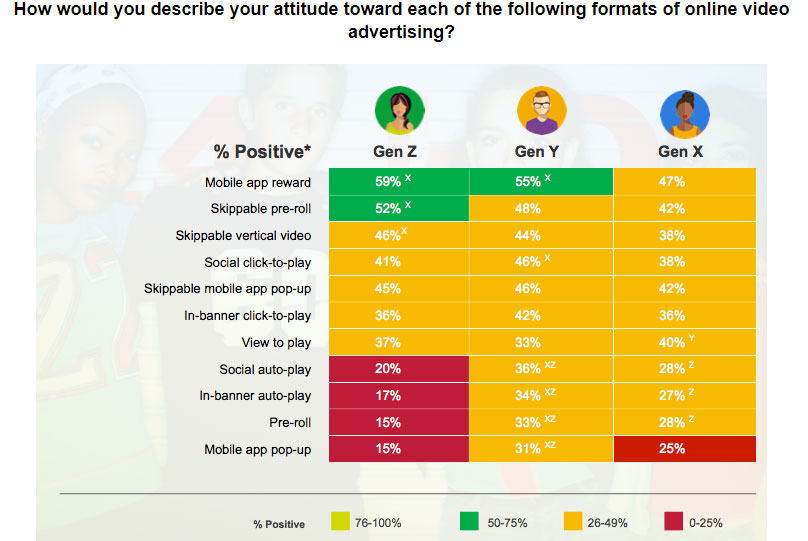 Gen Z is set to be the most diverse generation. Roughly 45 percent of the demographic identifies with a minority, with particular growth in Hispanic and multicultural families. A study from 2016 showed over 60 percent of Gen Z enjoyed ads with diversity.

Solution: When trying to show diversity, talk to your demographic. Testing campaigns with a focus group or marketing research will help ensure your ad connects at the right level. 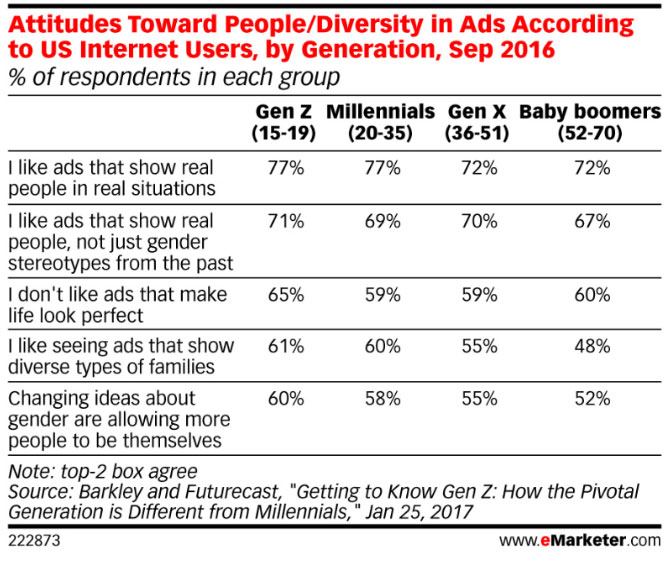 A survey conducted by Lincoln Financial Group found that among Gen Z members ages 15-19, 60 percent have a saving account, and 13 was the average age the cohort began financial planning for the future. One-fifth believes debt should be avoided at all costs. Growing up through the Great Recession, Gen Z is naturally nervous about finances.

Solution: Emphasize your deals. While humor and entertainment will draw your customers in, a deal is what will sell them. Groupon is a great way to draw in saving savvy customers. You should also make sure customers can pay through their phone, like roughly half of Gen Z does. 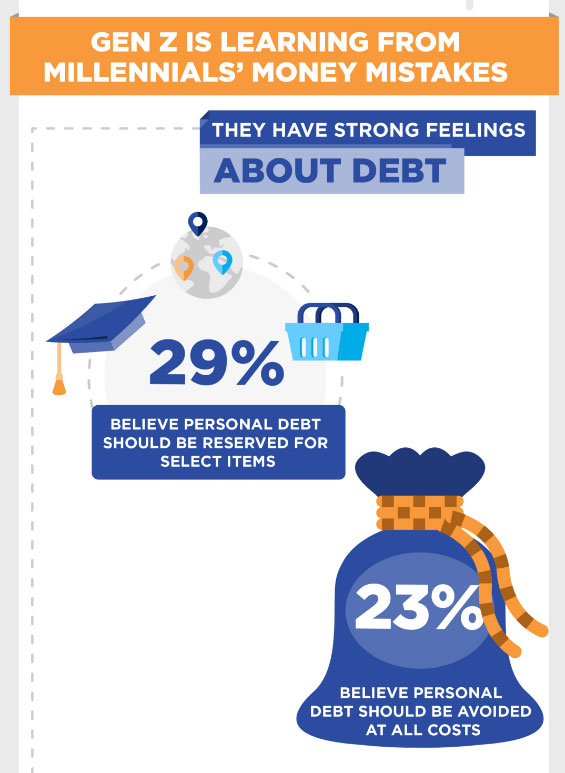 Growing up along the Occupy Wall Street Movement has made Gen Z concerned about big institutions and corporate greed. Retail stores such as Abercrombie & Finch have been doing poorly with the thrift store generation, since Gen Z cares more about the quality of the product than the brand that produces them. The internet allows access to countless brands, most with consumer reviews so these young consumers can find the best deal. Overall, 90 percent of customers read a review before going to a business.

Solution: People Promoters. While Gen Z may not trust brands, they do trust people. Not exactly celebrities, but real people who have gained a following on Twitter and other social media. Copious YouTubers big and small, like Domics, are known for having sponsored content at the end of their videos. They don’t have to be an all-star, anyone within your niche market should help get your game on. 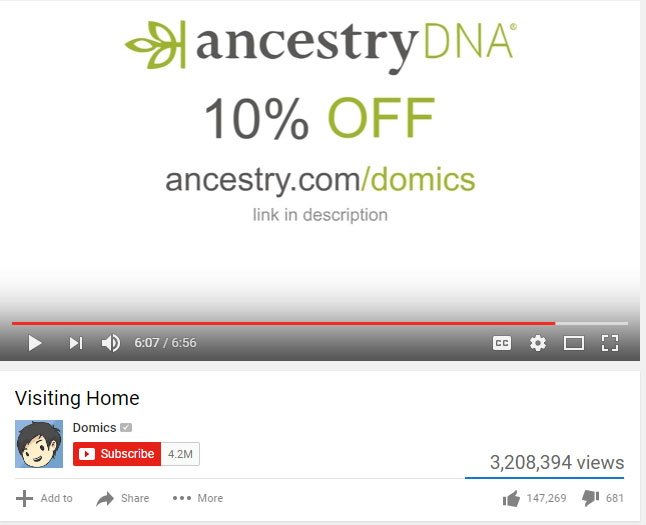 Growing up online has made Gen Z aware of their options. The average amount of time 18-24 year olds watch TV has fallen by 10 hours since 2011, according to Visual Capitalist. For Gen Z, it’s all about YouTube and Netflix now. And you can bet that they’re on these sites via smartphone, whereas Millennials are more known for using their laptop. 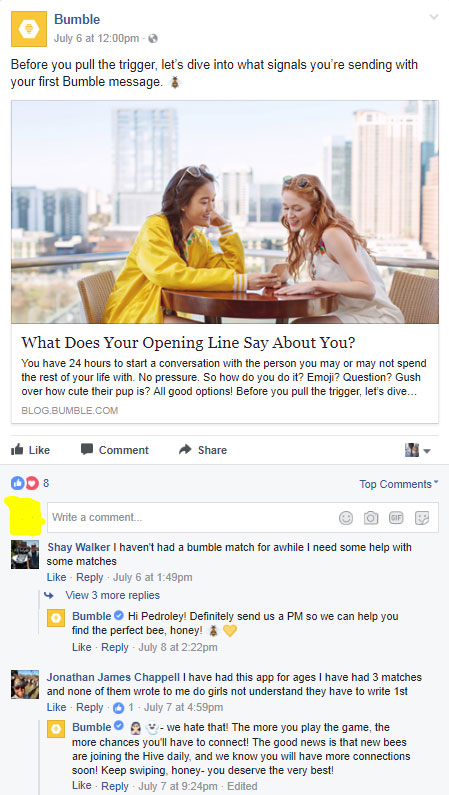 Know your generations. Check out how to market to young Millennials or 5 things Millennials want from healthcare.