AHA! thought Marcie and Anna—celebrity endorsements. But celebrities we did not have to pay for, those considered in the public domain. So we paired together an outrageous designer frame, an unlikely “spokesperson” and a headshaker of a pun. 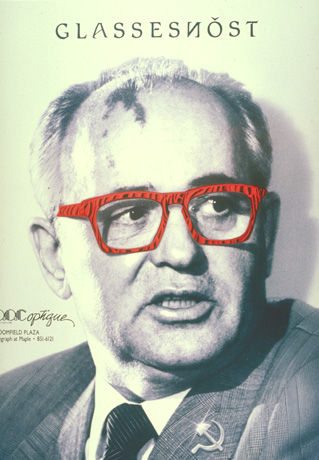 GLASSESNOST with Russian Premier Mikail Gorbachev and chunky red frames was our debut of this series of print ads. Followed, of course, by SUNGLASSESNOST. 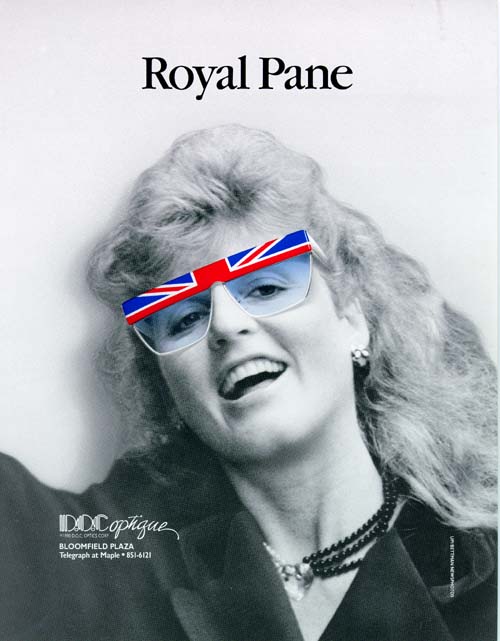 We found a lot of fodder in the British royals; we featured a couple of local celebs—Bill Bonds and Jerry Greenwald; we got a cease and desist order from Ollie North; we did a serious nod to Nelson Mandela. But mostly we and D.O.C. got kudos and creative awards and attention—like making the front cover of Advertising Age. Most importantly, the boutiques thrived and built a brand as a cool place to get funky and fashionable glasses.

Which celebrity would you have liked to see us use in this campaign? To see the rest of the 30 Best of Brogan, visit our original post in this series: Celebrating 30 years of creative advertising.