In the mid 80’s Brogan Kabot got a call from WJLB Radio general manager Verna Green.  She had created a new theme—Strong Songs –for this powerful urban-formatted music and talk station and wanted to incarnate it on TV and billboard.

Incarnate it we did! Our creative strategy was to use glam bodybuilders pumping to one the station’s signature songs.

The grueling task of interviewing men in Speedos for two days fell to Anna and Marcie. After many callbacks the three stars (including a gorgeously muscular young woman) were picked, oiled, and filmed. The spot was an immediate hit and ran for several years.  As one nostalgic YouTube commenter summed it up:  “Dude, this commercial was the bomb as an 80s kid.”

Bumper stickers and billboards picked up on the theme, featuring a powerful flexing bicep tattooed with the WJLB-FM 98 logo and the headline, “Detroit’s Strongest Songs.”

During the run of the Strong Songs campaign, WJLB exploded in the ratings with its strong theme, strong management, and strong morning man John Mason.

Later, the agency recycled one of the TV commercial’s stars into a cover for Glenda Greenwald’s Michigan Woman magazine–the issue exploring how to market cars to women. 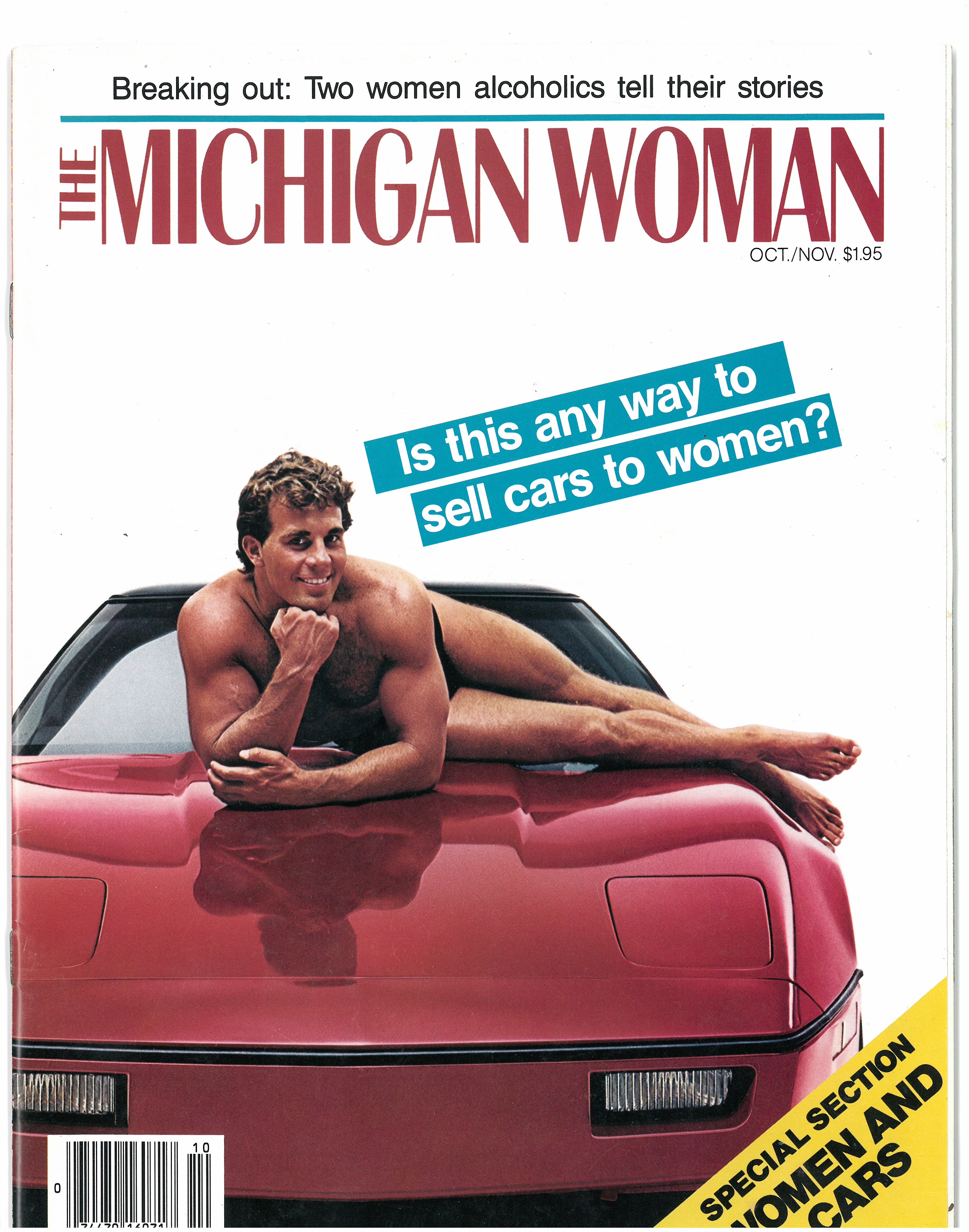 Do you remember Mason in the Morning and Strong Songs? What was your favorite Detroit station growing up?

To see the rest of the 30 Best of Brogan, visit our original post in this series:  Celebrating 30 years of creative advertising.