There’s more to Detroit than the Motor City and Motown. It’s a city filled with history and hope, full of promise, potential and great stuff to do.

At the turn of the millennium, the Detroit Convention Bureau wanted everyone to know what we knew. They wanted to remind people that Detroit was still a great place to live, be and visit. So, that’s exactly what we did.

Our copywriters went to work—compiling lists of reasons why people should visit Detroit. We brainstormed with our media and creative teams, attempting to find the best way to get the message across. We executed a few ideas internally. But ultimately, we ended where we began: with the initial list of reasons.

There were so many great reasons why people should visit Detroit, we thought the best way to point them out was to literally point them out, so we created a bulleted list of 15 reasons appearing as a print ad for all to see. And today, years after the campaign, about 15.9 million people visit Metro Detroit annually, which is just one of the reasons we’re so proud of it. 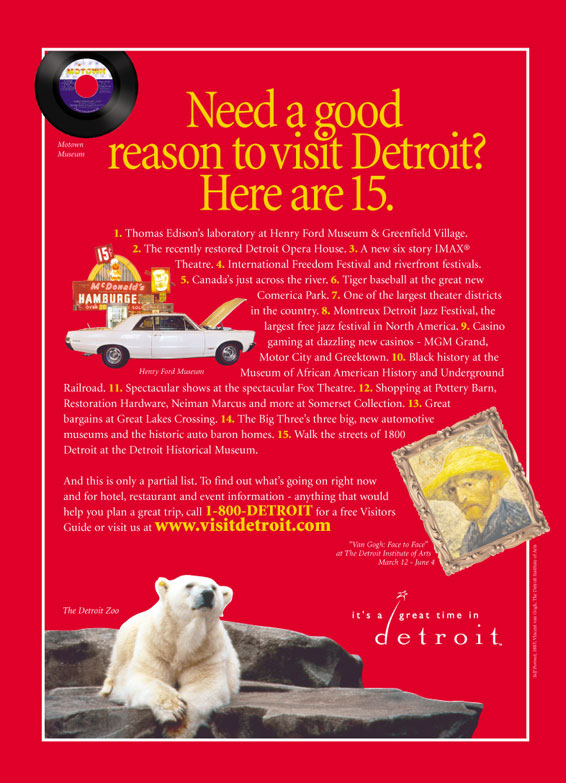