Home » Trends » Are Celebrity Endorsements Worth It?

It’s no secret. I’m a huge Beyoncé fan. Some may even call me obsessive-compulsive. Her influence is evident in the life-size poster that hangs in my living room, CDs in my bookshelves and assorted concert keepsakes. What’s not so obvious is her influence over other purchase decisions, made largely because of her association with them—a swimsuit from H&M, Pepsi and more. 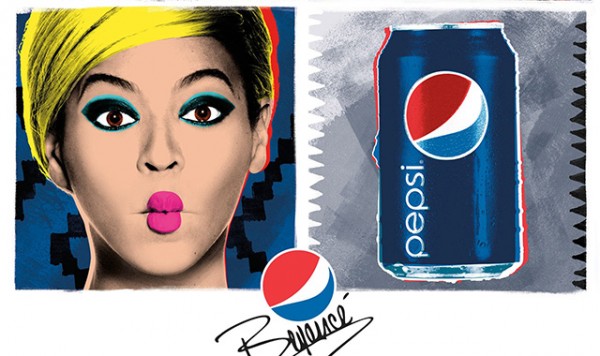 Have you ever based a purchasing decision off of a celebrity because he or she endorsed it? Have you reserved a room from Priceline.com because of Kaley Cuoco and William Shatner? Purchased a Vitamin Water because Kevin Hart drinks it?

Brands have used celebrities to sell their products for years: Fabio and I Can’t Believe It’s Not Butter!, Mark Wahlberg and Calvin Klein Underwear; and we can’t forget, Billy Cosby and Jello Pudding. Today, big companies still shell out millions of dollars in celebrity endorsements each year.

But is it really worth the money and the risk?

Less Celebrity. More Focus on Consumer.
In a recent survey conducted by WP Engine (“industrial-strength Word Press hosting platform”), 96 percent of participants said they don’t want to read celebrities blogging about products. The study revealed that consumers aren’t interested in a product simply because a celebrity is associated with it. Companies should instead spend more time focusing on how their product fulfills the consumer’s needs and wants.

Brand reputation can also be threatened when celebrity front-men go off script. Just like you and me, celebrities are human. They make mistakes, which can result in a negative impact on a brand. Think back to the infidelity scandal that Tiger Woods was involved in. Before the incident, he was one of the biggest celebrity endorsers in the world. Soon after the incident, companies like Accenture quickly terminated partnerships with him.

Mommy Bloggers Beat Celebrity Moms.
As an alternative to celebrity endorsements, businesses are swapping to prominent bloggers and vloggers for promotion instead. A 2001 survey conducted by BlogHer and Ketchum revealed that 20 percent of women are persuaded by a familiar blogger versus only 13 percent being persuaded by a celebrity endorsement. Take our client, HoneyBaked Ham for example. Instead of a celebrity endorsement, HoneyBaked Ham enlisted dozens of bloggers to help spread the word during the Easter season. Bloggers had the opportunity to try HoneyBaked products and post about it on their blog. Instead of forcing a connection between their product and a celebrity, popular bloggers were able to post honestly about their experience. The result? Consumer engagement that helps elevate brands, not celebrity status.

In a survey conducted by Nielsen inPowered, 900 people were asked what kind of information they seek when they make a purchase, from home appliances to insurance. Forty-six percent said they rely on expert advice and, as Media Bistro puts it, “fame does not make one an expert on anything other than being famous.”

Tell me about the outfit you purchased or a hair product you tested because of a celebrity endorser. I can’t be the only one!