Home » Trends » Meet the micro-influencer: an affordable partner to help promote your products. 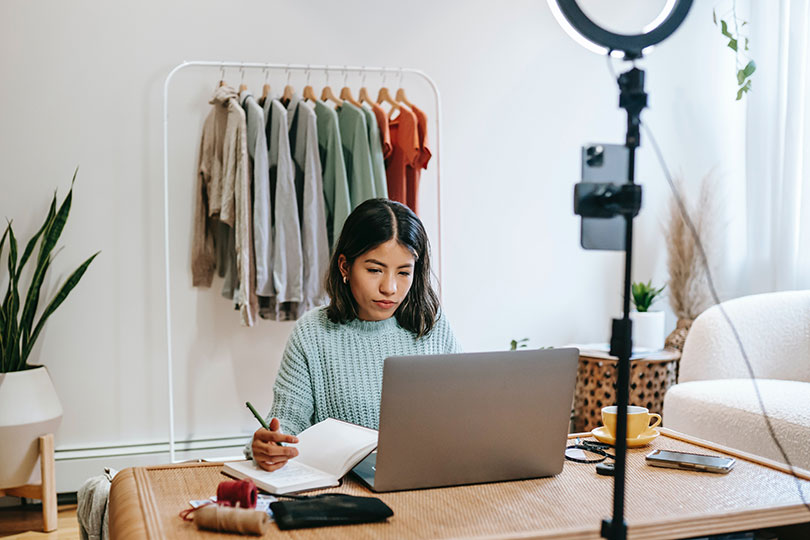 You might not realize it, but you follow a social media influencer. I’m sure of it. You’ve seen a celebrity endorse a product on Instagram. A movie star wearing a brand’s clothes. A musician drinking a brand’s drink. A billionaire supporting a brand’s cause. These are all social media influencers – people who are paid to promote a product to their following, with the goal of boosting a brand’s business, However, as eMarketer so eloquently states, there are only so many Kardashian-Jenners out there… and only so many brands that can afford them.

With that, the data, insights and analysis giant is predicting 2022 will be the year of the micro- and nano-influencer. Or, someone with a social media following that’s larger than a normal person’s, but smaller than a celebrity’s. So, if you’re starting the near year looking for new ideas, consider driving sales with a small-scale influencer, who is more likely to partner with a brand they love, want to support and share with their audience. (That’s you!)

Here are four things to know about this new opportunity:

Want to learn more about what’s unfolding in our industry? Be sure to subscribe to our blog to get updates about what’s new and what’s next. Happy marketing!

To date, Facebook is facing some tough challenges: the Apple iOS 14.5 update, public scrutiny over platform safety and a scandal that started when a former Facebook employee leaked documents that… weren’t exactly favorable. It’s been enough to make the … Read more

Healthcare Advertising Example #10: Mayo Clinic, “You Know Where to Go.”

What kind of crazy hospital runs a campaign of :60 TV spots that never mention doctors, treatments, technology, or reputation? Spots that don’t even mention its name until the final seconds? One that’s so well-regarded, the mere mention of its … Read more

Every heart is unique, filled with memories, history, stories, heartache and hope. So when patients need cardiology care, they deserve a team and treatment plan as unique as their heart is. Luckily, that’s exactly what Henry Ford Health System (HFHS) … Read more