The two football teams face off tomorrow for arguably the most anticipated game of the season. But brands have been facing off all week.

1. Shinola – Best known for their Detroit-made watches, Shinola is encouraging customers to buy a watch online and receive it in time for the game. But not just any watch: a watch that shows their team spirit. A watch that’s either green and white or maize and blue. 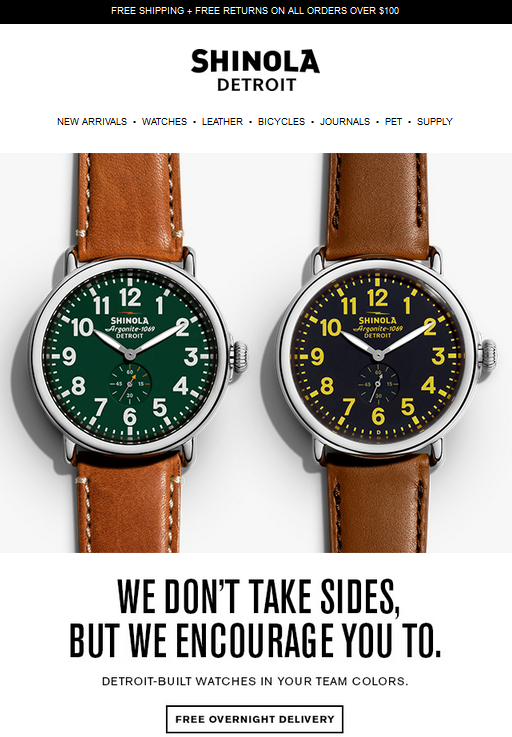 2. Enough SAID – An organization determined to end the rape kit backlog in Detroit got creative this week. It’s fearless leader Kym Worthy and ESPN’s Jemele Hill are competing on behalf of their alma maters (Michigan and Michigan State, respectively) to see which school can raise the most money for the cause. Want to help make a difference? Donate now. 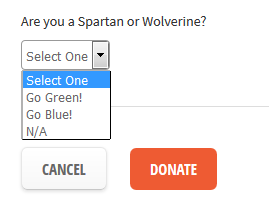 3. Wallside Windows – When users visited the company’s website this week, they were prompted to pick their team colors. And once they did, the entire website changed to reflect their school spirit. 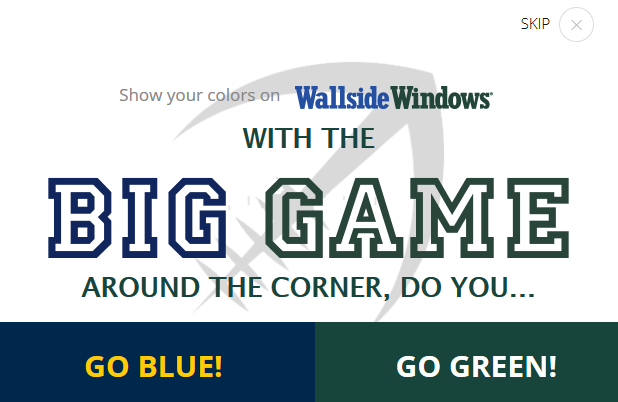 Callin all flavortown — come to the @MillerLite pre-game Cook-Off hosted by me (this Saturday at 9AM) in Ann Arbor! pic.twitter.com/YqX98HPphl

Which team are you rooting for this weekend? Tell us in the comments below.