[Birmingham, MI] – Brogan & Partners Convergence Marketing has been awarded three Classic Telly awards for television commercials they created for the Michigan Department of Community Health. Started in 1978, the Telly Awards were created to honor excellence in local, regional, and cable television commercials.

“We are happy to accept these awards for our important work in social marketing – which we call ‘Oughtta’ marketing,” said Brogan & Partners Partner and Creative Director Laurie Hix. “We are honored to have won a total of eleven Telly awards this year.”

Now in its 30th year, the Telly Awards honor the very best local, regional and cable television commercials and programs, as well as the finest video and film productions, and work created for the Web. Created in 1978 by David Carter, a past Emmy and Clio winner, the Telly Awards aim to strengthen the visual arts community by inspiring, promoting and supporting creativity. The 30th Annual Telly Awards received over 14,000 entries from all 50 states and five continents.

Entries are judged against a high standard of merit. Judges, who are comprised of top advertising and production professionals and past Telly Award winners, score and evaluate entries based on a performance scale to recognize distinction in creative work. 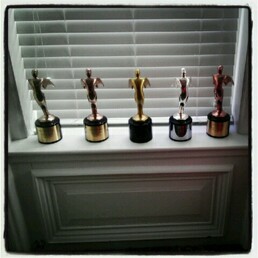